Lockdown for 21 days if Abe declares a state of emergency 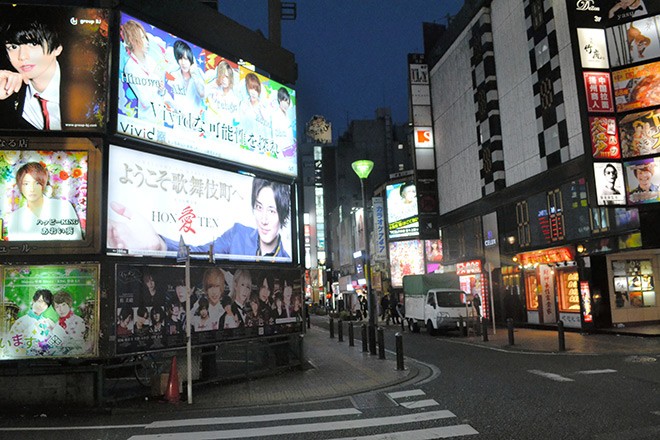 The Kabukicho entertainment district in Tokyo's Shinjuku district has fewer visitors on March 26 after Tokyo Governor Yuriko Koike called on residents to refrain from going out at night. (Masayoshi Hayashi)

Prefectures with a large number of coronavirus infections would come under a three-week lockdown if Prime Minister Shinzo Abe declares a state of emergency to handle the new coronavirus epidemic.

Governors of affected prefectures would be empowered to instruct residents to refrain from leaving their homes for that period except for essential purposes, such as shopping and seeking medical care.

The government took the first step under the revised special measures law to deal with the novel coronavirus outbreak by setting up a special task force on March 26.

Under the draft being considered by the task force, if Abe declares a state of emergency, prefectures with a large number of infections would effectively be sealed off for 21 days, sources said.

The draft lists the conditions that would trigger such a crisis. These include trends in infections overseas as well as the domestic situation regarding cluster infections among people who frequented the same hospital or other facility as well as large numbers of confirmed cases where the route of infection remains unclear.

Consideration would also be given to the economic impact of a growing number of infections.

The final decision on whether to declare a state of emergency will also hinge on the views of an advisory panel of medical and other experts regarding what should be done about the outbreak.

The 21-day period over which prefectural governors can ask residents to refrain from leaving their homes was calculated on the basis that 14 days of self-quarantine are sufficient to determine if an individual develops coronavirus symptoms, with an additional seven days that is the average period for confirming infection and filing the necessary report about it.

Other guidelines in the draft call for suppressing cluster infections to slow down the pace at which the virus spreads as well as providing adequate medical care to the elderly so as to minimize the number of patients who develop serious symptoms or die.

In a related development, an expert on infectious diseases said a March 26 request by the governors of five prefectures in the greater Tokyo metropolitan region to refrain from nonessential travel to the capital over the weekend reflected their sense of crisis over the coronavirus.

Kazuhiro Tateda, who heads the Japanese Association for Infectious Diseases and is also a member of the government panel of experts, said, “The sense of crisis stems from the belief that unless strong measures are taken now, the situation could become truly problematic.”

The experts’ panel on Feb. 24 said the next two weeks were crucial in determining whether the coronavirus would spread more rapidly or be brought under control.

As a result, the government requested the cancellation of large events and Abe asked that all schools shut down until the spring vacation.

At the time, the general expectation was that such measures would have an impact on the spread of the coronavirus.

About three weeks later, the experts’ panel said March 19 that while there was still the possibility of an explosive spread of the coronavirus, the situation had not yet reached that stage.

This prompted the education ministry to announce that it would not ask schools to close their doors from the start of the new school year in April.

The apparent slowing down in the pace of new infections may have led many residents to let down their guard.

That is evident from data about people’s movement over the three-day weekend that began March 20, Vernal Equinox Day, a national holiday.

According to Agoop Corp., a Tokyo-based company that provides information analyzing people’s movement based on GPS data of their mobile phones, there were about 1.6 times more people at Tokyo’s Ueno Park over the weekend in comparison to the March 7-8 weekend and about 2.5 times more visitors to the Shinjuku Gyoen National Garden.

There was also an increase in visitors to many tourist spots outside of central Tokyo in the Kanto and Kansai regions.

And despite a request from Saitama Governor Motohiro Ono to cancel a K-1 martial arts event in Saitama city on March 22, about 6,500 fans showed up for the event.

Because it normally takes between one to two weeks to confirm an infection after initial exposure, the recent surge in Tokyo is likely from people who were exposed prior to the three-day weekend.

Tateda said it will now become apparent whether those who went out over the weekend end up catching the virus.

“If there are signs the outbreak will not come under control even with the latest request to refrain from leaving one’s home, stronger measures may be needed, such as declaring a state of emergency,” Tateda said.