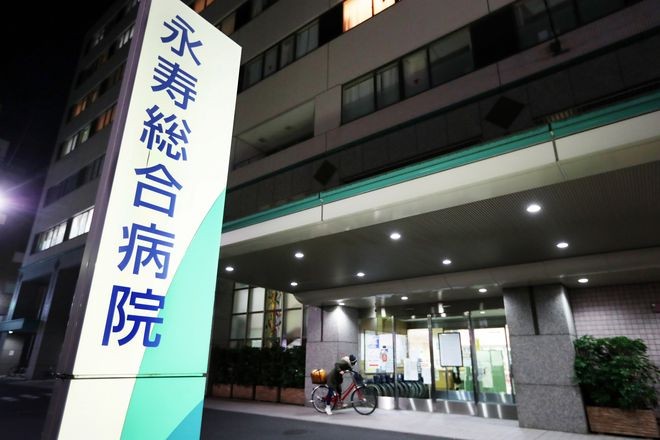 A number of patients and staff at the Eiju General Hospital in Tokyo's Taito Ward have been confirmed as being infected by the new coronavirus. (Takuya Tanabe)

Tokyo has 63 new confirmed infection cases of the novel coronavirus, the largest single day figure for any prefecture.

An official announcement was scheduled for later on March 28, but sources said many of the new cases are patients and hospital staff at the Eiju General Hospital in the capital’s Taito Ward. Concerns of a cluster infection at the hospital had been raised because of at least 16 cases confirmed by March 25.