VOX POPULI: Urge to survive greater motive to stay in than any order 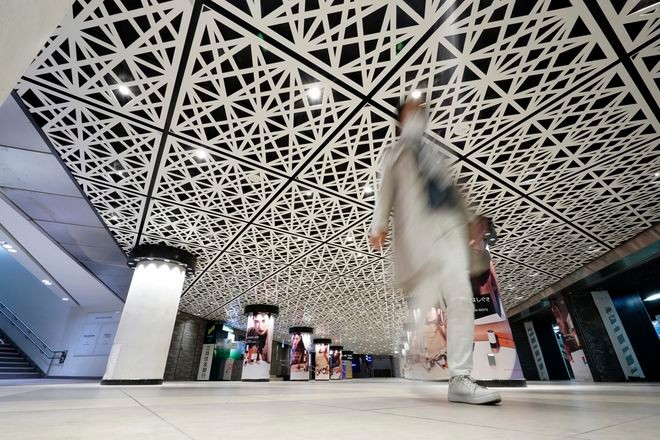 A man walks at an empty Ginza station underpass in Tokyo on March 28. (AP Photo)

In his book titled "Keizaigaku Tanjo" (Birth of economics), economist Tsuneo Iida (1932-2003) recalls being asked by someone, "What, in a nutshell, has your study of economics taught you?"

After thinking for a while, he replied, "Human beings can never be expected to act as ordered."

I believe that was his way of explaining that since pump-priming alone won't be enough to stimulate the economy, the government would be wise to leave the matter to human nature--which, in this case, is to pursue profit.

Iida's observation rings true especially if the government's "request" to the public to stay home is understood as an "order" of sorts.

Seen from the public's behavior of the last weekend alone, a good number of people did heed the request.

Voluntary closures by large-scale retailers certainly helped. But more to the point, I think people finally realized that the circumstances called for self-restraint.

However, I'm not sure how long they will keep that up if the battle with the COVID-19 pandemic drags on indefinitely.

It is easy to lash out at restaurants and bars that remain open and organizations that refuse to cancel events involving mass gatherings of people.

But the loss of daily revenues can force businesses into bankruptcy or to fire employees. And if no financial compensation can be expected for cancellations or temporary closures, some businesses would naturally feel compelled to remain open.

What is being done in Britain is worth noting. Irrespective of the size of businesses, the government is subsidizing 80 percent of the wages of their employees who are forced to take time off. The ceiling of the subsidies is set at an equivalent of 330,000 yen per month ($3,040) and the benefits apply to freelancers as well.

A similar arrangement is in place in France and other nations.

In contrast, the Japanese government is obviously taking the easy way out by expecting businesses to shoulder the burden in the form of "voluntary suspension of operations."

Rather than regard financial compensation as a relief measure, I believe it should be included among countermeasures against the pandemic's spread.

It would be easier for businesses to shut down temporarily if they can look forward to being compensated.

This should naturally reduce the number of people hanging out in entertainment districts in the evening, which, in turn, means we will no longer need to keep blaming young people in particular.