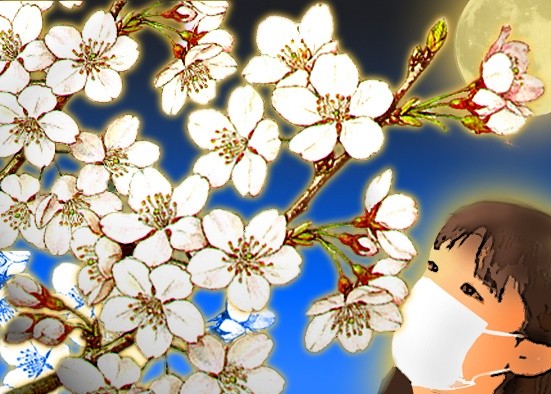 The haikuist’s faithful cat remained at his bedside until the end, having contentedly closed its eyes facing the warm spring sunlight. The haikuist had mailed the next haiku to us over a decade ago.

This issue marks 25 years of coming to know the essence of haiku composed in English by our readers, veterans and debutantes alike. Mailed to us last month from Montreal, this haiku from Richard Jodoin recalled the year 1995, when The North Wall was erected on the U.S. border and inscribed with a poem to honor Canadian veterans who were lost during the Vietnam War.

My dolls of G.I. Joe
in a black cardboard
Vietnam Memorial

Dennis Woolbright wrote his first haiku 25 years ago for the Asahi Evening News. Often traveling alone from his retirement home in Vietnam to see family in Japan, he continues to mail haiku. This one was printed in the newspaper’s Life section on Nov. 22, 1998.

Traveling alone
south to north on hope
change after change

This haiku was printed in the Asahi Evening News on Monday, April 3, 2000, when cherry blossoms were in full bloom in Tokyo. It was composed by Kennosuke Tachibana, whose work had appeared in the first column on Saturday, April 1, 1995.

Enchanted
spring is here to stay
from aeon

Isabella Kramer made her debut today with this one-line poem: born between old leaves snowdrops. Promising, “I would like to be a regular contributor to the Asahi Haikuist Network,” Jay Friedenberg mailed this haiku from New York.

rip tide warning
a boogie board spins
in twisting foam

waiting
for my moment ...
plum blossom

Marking a quarter-century of networking noteworthy poets with readers, Yutaka Kitajima wrote this haiku “in deference to the 25th anniversary of the issue of this noteworthy English Haiku column.” His debut poem, received in 2013, advised us to always remain vigilant.

Homecoming
passengers caught up
in the Net

A big yawn
grandma tickles me
under the arm

Adam Wahlfeldt lives in Sweden where “winter still holds body and mind in a firm grip,” he reported, and “the season’s beauty, yet, tickles the mind with changes ahead.”

Kristen Lindquist awoke to 50 shades of grey and pink. Determined, “Oh, man, I’ve been trying to write that one for years ...” she tried again to capture the moment a flock of hungry birds stripped a crabapple.

island dawn
the blush of apple blossoms
ravaged by waxwings

Writing from Cetinje, Montenegro, Tomislav Sjekloca came to realize rites of passage are bittersweet. Muskaan Ahuja attached photo-haiku to keep in touch from Chandigarh, India. Beate Conrad e-mailed fond wishes from Hildesheim, Germany: “Hope you are well in 2020!” Ten years ago, she sent a “memory as a student in Germany, when Primeur (Nouveau) had been just introduced.”

first time--
she turns her favorite doll
towards the wall

long-distance affair--
sent him a gif
of hugging cats

very young wine
from the vault below
sparkling laughter

Kyoto-based writer Murasaki Sagano admires haiku regardless of its vintage. In 2010, she sent a haiku to sensitively suggest compositions can be painful to read. In 2011, another of her haiku was printed following the tragic earthquake and tsunami. It was later reprinted in the book, “Mother’s Voice,” and this month it will be highlighted in music at The Royal Danish Theater event, “Bloom Festival” in Copenhagen.

Mother’s pain
Into the spring sea
Her last sleep

Seasonal selections that are creatively curated and highlighted with a colorful sketch by Mitsuaki Kojima have become the hallmarks of the Asahi Haikuist Network. Every single day, for close to 25 years, Satoru Kanematsu has delivered a postcard with freshly penciled haiku and hand-colored haiga.

Haiku blooms eternal at http://www.asahi.com/ajw/special/haiku/. The next issue of the Asahi Haikuist Network appears April 17. Readers are invited to send haiku related to gardening tools on a postcard to David McMurray at the International University of Kagoshima, Sakanoue 8-34-1, Kagoshima, 891-0197, Japan, or e-mail to <mcmurray@fka.att.ne.jp>.