Destroyer in collision with fishing boat in East China Sea 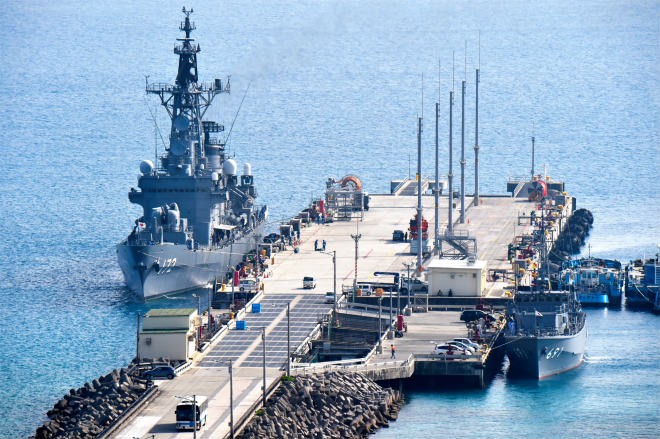 A Maritime Self-Defense Force destroyer was involved in a collision with a Chinese fishing boat in the East China Sea on March 30.

While there were no injuries among MSDF members, one of those on the Chinese vessel had lower back injuries.

The collision involving the destroyer Shimakaze occurred around 8:30 p.m. in international waters about 650 kilometers west of Yakushima island in Kagoshima Prefecture, the Defense Ministry said.

The Shimakaze was on patrol at the time.

The 150-meter-long destroyer sustained a 1-meter-long and 5-cm-wide gash in its port side about 5 meters above the water line.

It can accommodate a crew of up to 260 and is based at the MSDF’s Sasebo Naval Base in Nagasaki Prefecture.

EDITORIAL: Detailed records must be kept to assess response to virus outbreak