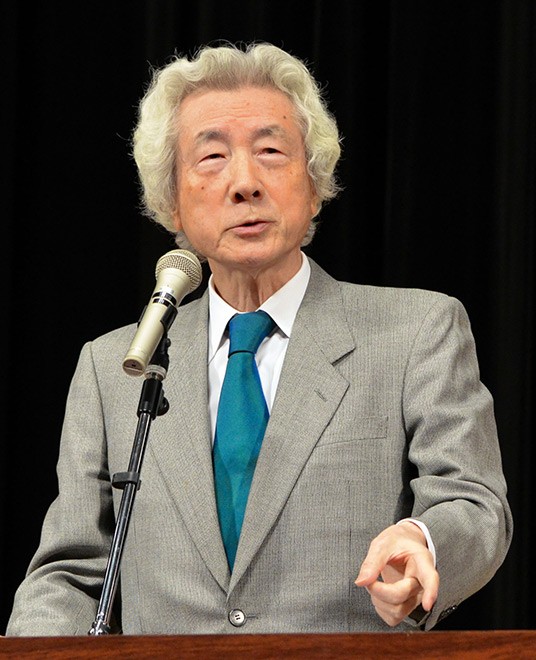 Former Prime Minister Junichiro Koizumi insisted that the man he had groomed for Japan’s top office should resign over the Moritomo Gakuen scandal, but Shinzo Abe rejected the idea.

“(Prime Minister Abe) will have to take responsibility and resign,” Koizumi said in an interview that appeared in the latest edition of the Shukan Asahi weekly magazine.

Koizumi had served as Abe’s mentor before Abe began his first stint as prime minister in 2006.

But in recent years, Koizumi has criticized Abe over various issues, including the government’s nuclear power policy.

The Moritomo Gakuen scandal surfaced after it was learned that the educational institution, which had close ties to first lady Akie Abe, received a huge discount for the purchase of state-owned land in Osaka Prefecture.

Notes were recently released that had been written by an official with the Kinki Local Finance Bureau who committed suicide.

The notes described how he was forced to falsify documents related to the sale of the land. They also said that Nobuhisa Sagawa, who was then director-general of the Financial Bureau, which oversaw the sale of state assets, ordered the falsifications.

“The Finance Ministry is just terrible,” Koizumi said in the interview.

Koizumi added that the catalyst for the falsifications was Abe’s statement in the Diet that he would resign as prime minister and a lawmaker if it became clear that either he or his wife were involved in the dubious sale of the land to Moritomo Gakuen.

“It is clear to anyone” that Abe was involved in the Moritomo Gakuen scandal, the former prime minister said.

When asked about his responsibility for the scandal, Abe rejected the idea of stepping down.

“I am putting every effort into dealing with the coronavirus outbreak,” Abe said in an Upper House Audit Committee session on April 1. “I do not have the slightest intention of giving up the prime minister’s position.”