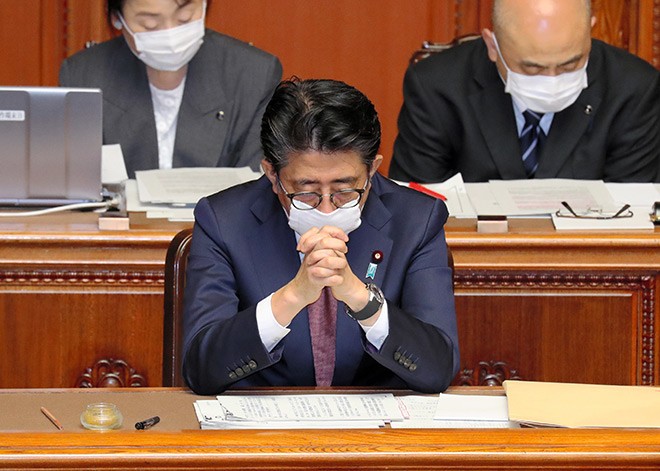 The government will give 300,000 yen ($2,777) in cash relief to households whose finances have been depleted by the novel coronavirus pandemic, the policy chief of the ruling Liberal Democratic Party said.

Kishida and Abe met at the prime minister’s office earlier in the day to discuss an emergency economic stimulus package in response to the growing spread of novel coronavirus infections around Japan.

Kishida told reporters that he said to Abe, “We should provide 300,000 yen to each household whose income loss has reached a certain level.”

He said the prime minister agreed and approved the plan.

The government will discuss details, such as eligibility standards and how to distribute the money, Kishida said.

He urged the government to make the process quick and easy by, for example, allowing households to self-report their income losses so that the relief money can quickly reach their hands.

The government and ruling parties are expected to decide on the stimulus package next week and submit a supplementary budget to the Diet.

Abe has stated that the government will come up with a stimulus package that exceeds the scale of the one compiled after the collapse of U.S. investment bank Lehman Brothers triggered a global financial crisis in 2008.

GOHAN LAB/ Chicken wings simmered with vinegar: Adding a zesty tang to savory meat that falls off the bone