VOX POPULI: Is Abe at risk of declaring an emergency just to look good? 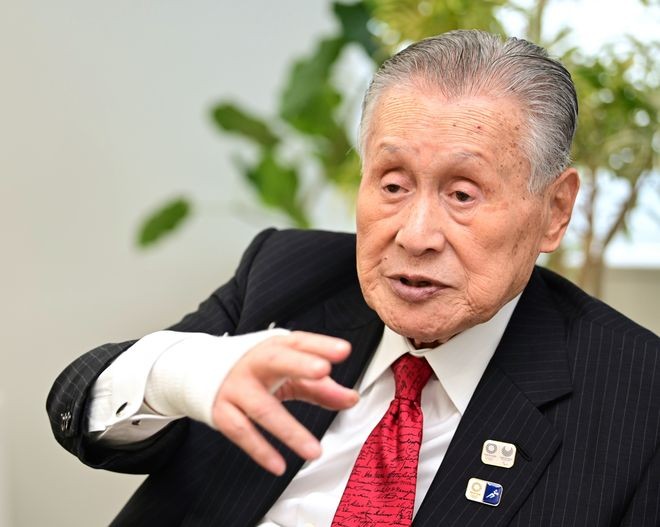 It made fascinating reading. Or, to be more precise, it sent a chill down my spine.

Recalling a conversation with Prime Minister Shinzo Abe just before the decision was made to postpone the Games, Mori revealed that he asked Abe, "Wouldn't it be wise to consider a two-year delay?"

That, Mori explained, was because he anticipated a long, brutal battle with the COVID-19 pandemic.

But the prime minister insisted on a one-year postponement, asserting: "A vaccine can be developed. Japan's technology hasn't faltered. We'll be fine."

This sort of "mental toughness" scares me.

And this toughness was discernible in Abe's decision to distribute "two cloth face masks to every household."

At first, I thought he was joking. But no, he was dead serious. Appearing in public with a mask, he obviously believes totally in his personal crusade, if you will, to lead the nation by his own example.

But in reality, the pandemic has reached a stage where lofty concepts such as "willpower" and "fighting spirit" are of no use.

Serious cases of coronavirus infection need to be treated in intensive care units, but there are said to be less than 1,000 ICU beds for serious COVID-19 patients throughout Japan.

Given the recent dramatic spikes in the numbers of patients in Europe and the United States, Japan needs at least 10 times more ICU beds, if similar surges are to occur here.

To avert the collapse of the Japanese health care system, it is absolutely critical to immediately convert various available facilities into treatment centers for patients.

I now believe that the prime minister must not hesitate to declare a state of emergency, if that would help to shore up the health care system.

Such a declaration would be no magic wand, of course. It would be vital to secure sufficient health care professionals to effectively run newly converted treatment facilities.

And if the government is going to legally request store owners to suspend operations, those people need to be financially compensated.

Is there any chance that Abe regards the declaration of a state of emergency as a "tool" that will make himself look at his best and the most determined?

I sincerely hope not.