Abe: No direct compensation for business losses due to emergency 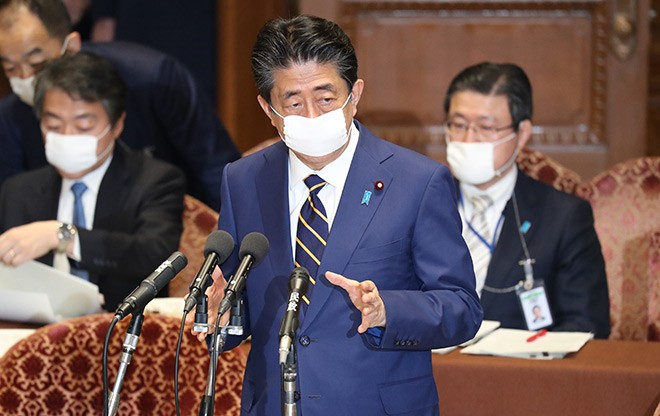 Prime Minister Shinzo Abe is rejecting calls from opposition lawmakers to compensate businesses asked to shut down once a state of emergency is declared.

The ruling coalition and opposition questioned Abe in the Lower House Rules and Administration Committee on April 7, ahead of the government declaring a state of emergency over the worsening coronavirus outbreak.

In an exchange with Abe, Yukio Edano, head of the Constitutional Democratic Party of Japan, asked the government to reimburse businesses forced to shutter.

“The proposal is unrealistic,” Abe replied, shooting the proposal down on the spot.

Edano criticized the delay in announcing the package. But he also offered that some parts of it look positive.

“We will cooperate as much as possible, but at the same time, we will also fulfill the Diet’s oversight function to point out errors or delays (in policy),” he said.

But Abe said that kind of approach would leave other companies out in the cold.

“It would not be fair if we compensated only those companies that will be called on to halt operations,” Abe said.

He pointed out if the government went down that path, restaurants would be compensated, but not their suppliers.

The political back and forth lasted for 40 minutes in the committee session, a rare sparring arena for Abe.

The last time a prime minister took part in a rules committee meeting, in either Diet chamber, was 45 years ago.