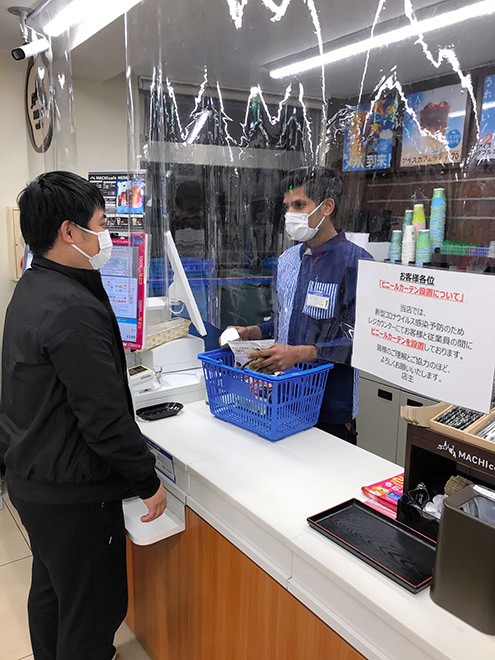 A plastic shield is installed at the cash register of a Lawson Inc. convenience store in Tokyo. (Provided by Lawson Inc.)

Seven-Eleven Japan Co. and Lawson Inc. are recommending their stores install transparent plastic shields at cash registers to prevent the spread of COVID-19 in stores.

The move was announced April 8, a day after a state of emergency was declared in Tokyo as well as Kanagawa, Saitama, Chiba, Osaka, Hyogo and Fukuoka prefectures.

The measure is aimed at keeping employees and customers safely separated from each other at the checkout counter, protecting them above chest level from droplets.

Seven-Eleven Japan is recommending its stores adopt the safeguard across Japan. Lawson is asking its 6,000 or so stores across Tokyo and the six other prefectures, where a state of emergency is in effect, to do the same.

Footprint marks will be placed on the floor to guide where customers should stand in checkout lines to prevent them from potentially infecting each other.