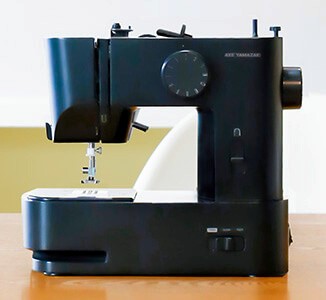 A well-known sewing machine manufacturer is struggling to keep up with demand as more consumers turn to making cloth masks at home during the coronavirus pandemic.

Axeyamazaki Co. said it is ramping up production to cope with a flood of orders--triple the volume it normally expects this time of year.

“To be honest, I was very surprised at the rapidly growing demand,” said Kazufumi Yamazaki, president of Axeyamazaki.

“I want to deliver our sewing machines to customers as soon as possible to contribute to the prevention of the virus spread.”

But with the start of the school year pushed back, and masks in short supply amid the virus outbreak, sewing machine manufacturers are struggling to deal with high demand.

Axeyamazaki saw its sales begin to spike in February.

It said it is producing 40 percent more sewing machines than normal by extending operating hours for its plant, but it cannot keep up with the demand.

Axeyamazaki, which is based in Osaka, began marketing a new product at the end of March, aimed mainly at households with small children, which is proving popular. The machine costs 10,000 yen ($91.79), excluding tax.

It comes with a smartphone stand so users can operate the machine while watching instructional videos.

The company recently developed a video that shows beginners how to easily stitch up masks for small children, inspiring more people to make their debut as needleworkers. It only requires sewing three straight lines onto fabric.

Users can download videos by scanning a QR code that comes with the machine.

The company said after it introduced its new machine on its Instagram account, its follower count surged, topping 10,000 within just two weeks.