China says Taiwan attacks on WHO are ‘venomous’ 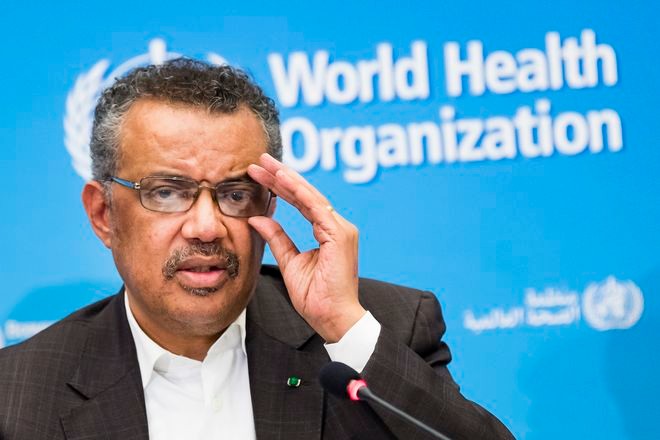 BEIJING/TAIPEI--China has accused Taiwan of “venomously” attacking the World Health Organization (WHO), seeking independence and conniving with internet users to spread racist comments, after the WHO chief said racist slurs against him had come from the island.

Taiwan, claimed by China as its sacred territory, has responded angrily to WHO Director General Tedros Adhanom Ghebreyesus’s assertion that “racist slurs” against him had originated in Taiwan, and demanded he apologize saying the accusations are nonsense.

Taiwan’s exclusion from the WHO, due to China’s objections, has infuriated the Taipei government during the coronavirus outbreak.

Taiwan says it has been unable to get timely information and that Taiwanese lives have been put at risk. The WHO denies this.

“The DPP authorities are unscrupulously using the virus to seek independence, venomously attacking the WHO and its responsible people, conniving with the green internet army to wantonly spread racist comments,” it said. “We strongly condemn this.”

Green is the DPP’s party color. China believes the DPP is seeking Taiwan’s formal independence, but President Tsai Ing-wen says they are already an independent country called the Republic of China, its official name.

However, Taiwan’s Justice Ministry said on Friday that Twitter posts purported to be from Taiwanese people apologizing to Tedros for being racist about him, were actually posted by people in China.

“There is a concern it is a deliberate operation by overseas forces,” the ministry’s Investigation Bureau said.

“Falsely claiming to be Taiwanese and openly admitting to racist attacks on WHO Director General Tedros and begging forgiveness seriously damages our country’s international reputation,” it added in a statement.

Some Twitter users have begun using the hashtag in English #ThisAttackComesFromTaiwan to tweet out the positive things that come from the island, including its democratic system and being the first place in Asia to legalize same-sex marriage.

“Our assistance to allies in Central America has arrived safely. The people of Taiwan are proud to help friends in time of need,” Foreign Minister Joseph Wu tweeted using that hashtag, above a picture of supplies to fight the coronavirus being offloaded from an aircraft.

Taiwan has reported 382 cases of the virus to date, far lower than many of its neighbors thanks to early and effective prevention work, and on Friday said a sixth patient had died, an elderly person with underlying health conditions.