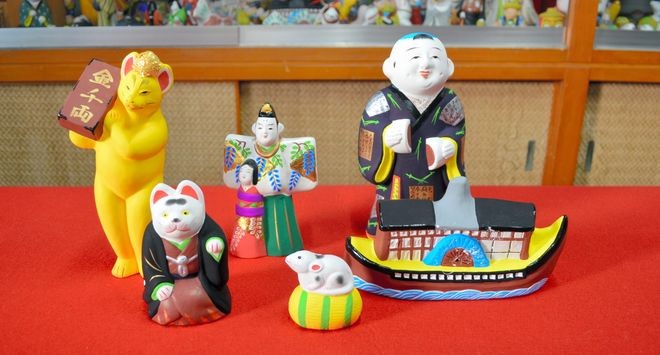 Editor’s note: This series showcases what we are calling “kawaii” (cute) items made locally in the iconic Japanese city.

Tanka, founded 270 years ago, is the only remaining pottery for Fushimi dolls, believed to be the predecessor of all clay dolls in Japan.

To make a Fushimi doll, clay is pressed into the clay mold before it is dried, fired and painted.

Tanka boasts at least 2,000 varieties, including lucky charms such as the seven gods of fortune and Chinese zodiac animals, as well as steamboats. "Manju-kui" is themed on a folk tale about a boy who was asked which parent he loved more.

In reply, the boy broke a sweet bean bun in half and said, "Which half tastes better?"