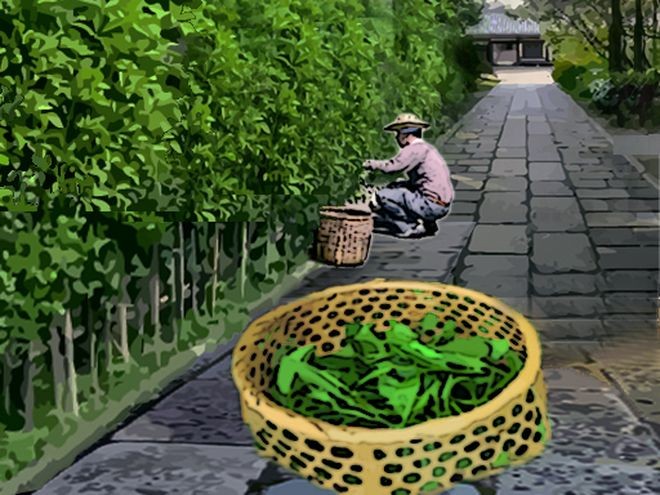 the beauty in the beauty magnolia
--Pere Risteski (North Macedonia)

The haikuist was reminded of suffering and love on Easter Day. Satoru Kanematsu was implored to say “ah.” John Daleiden’s mouth opened wide after tasting tea in Phoenix, Arizona.

drinking tea
from my porcelain cup
ah, the aroma

Amy Losak sipped herbal tea in Teaneck, New Jersey. Then, she wrote this one-line haiku: after magnolias ... cherry blossoms. After which, all she could see was pink. Elancharan Gunasekaran became irritated in Singapore. Vandana Parashar sensed trouble in Panchkula, India.

afternoon tea
drinking in the pinks
of a magnolia

herbal tea
the air carries the smell
of brewing argument

Cardamom flavor
no longer foreign to me
distant Qur’an

Maxianne Berger dressed up for tea in Montreal, Quebec. As a child in Peterborough, Ontario, Sue Colpitts “had tea parties with my dolls. My cat would join us if I was serving milk in the tiny cups.” Lilia Racheva shared gossip in Rousse, Bulgaria. Tiffany Shaw Diaz downed a cuppa red bush tea.

playing tea party
a girl and her dolly
in matching dresses

Beate Conrad sauntered down a quiet street in Hildesheim, Germany. Tsanka Shishkova was stuck in traffic. June Read found a pastel-colored beauty in the gutters of Calgary, Alberta. Isaiah Silvers practiced his swing in Fukuchiyama, Kyoto. Meghan E. Jones and fellow poets in the Magpie and From Away writing circles have postponed meeting in Canada until safe to do so again.

first bloom
her cheeks
are pink

The cherry blossom,
Explodes in living color,
Then fades away sigh

Luciana Moretto hasn’t heard from her niece who is half-Italian and half-Japanese and lived in China, grieving, “Now I don’t know. In spite of everything she is always present in my mind.”

Marion Clarke visited an Edwardian (1901-1910) bandstand at a local park in Warrenpoint, Northern Ireland. Then she wrote a haiku on one-line.

I will walk
to the opera house
Venus in the west

Kazuo Takayanagi praised brilliantly colored trees for their heroic stance as well as Ludwig van Beethoven’s musical work that premiered in Vienna on April 7, 1805. Amy Losak toured the garden that nurtured the first hybrid precocious yellow-flowering magnolia in 1953. In Essex, U.K., Lucy Whitehead came to realize the significance of life itself. Eleonore Nickolay confessed, “my garden … helps me over this frightening time.”

our white storks
returned from Africa
no one noticed

Kanematsu likely alcohol-wiped an old copy of a novel that he read in English as a college student in Nagoya. Murasaki Sagano was frustrated in Tokyo. Helga Stania was pent-up in Ettiswil, Switzerland. Sipping her manager’s favorite brand of tea, Masumi Orihara recalled a bitter moment at work.

Hanami
Over the border
“Let me go”

The 1947 bestseller by Albert Camus (1913-1960) described a seaside town sealed off by quarantine as it is ravaged by bubonic plague, and the slowness of the authorities to take action and call it a plague, due to “the usual taboo, of course; the public mustn’t be alarmed, that wouldn’t do at all.” After ruminating in Tokyo, Saeki concluded “more than ever before I suspect plants will survive mankind on this planet.” Teiichi Sukuzi remains optimistic in Osaka, believing “human agency is perdurable under any circumstances.”

tulips sprouting
my garden untouched by
the global epidemic

Titling her haiku “Wooden Engawa,” Sally A. Fox is all set to go.

Haiku blooms at http://www.asahi.com/ajw/special/haiku/. The next issues of the Asahi Haikuist Network appear May 1, 15 and 29. Readers may send haiku about baseball bird mascots such as cardinals or swallows, spring flowers such as wisteria or hydrangea, or upcoming holidays such as Green Day or Children’s Day, on a postcard to David McMurray at the International University of Kagoshima, Sakanoue 8-34-1, Kagoshima, 891-0197, Japan, or e-mail to <mcmurray@fka.att.ne.jp>.