Report: Sexual abuse of minors in dioceses ‘just the tip of iceberg’ 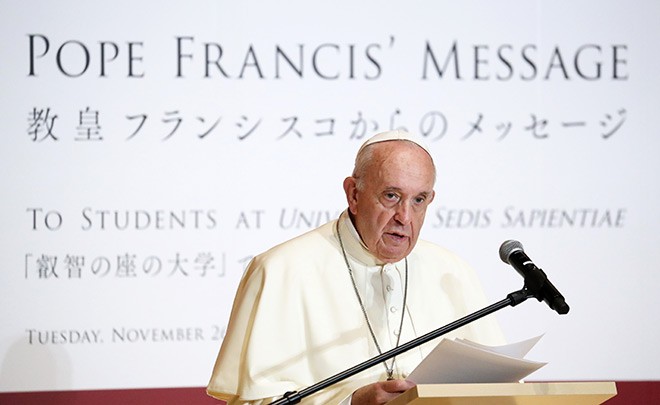 A new internal report by a Catholic bishops organization found that 16 sexual abuse cases against minors since the 1950s in Japan have been reported from the dioceses.

Of these cases spanning seven decades, only four of the clergy have admitted to the abuse and five remain as priests.

The Catholic Bishops’ Conference of Japan on April 7 released its investigative report on its website after surveying all 16 diocesan bishops in Japan.

A total of 16 cases were reported from the 1950s through the 2010s, it said. The report concluded that the result is “just the tip of the iceberg.”

“This report includes many issues the church faces that need to be addressed, and we will continue to work to understand the full reality,” Mitsuaki Takami, president of the organization and Archbishop of Nagasaki, stated in the report.

The report noted in four of the cases, the accused cleric admitted to the abuse.

Of the cases the accused denied the allegations, only one was followed up on for an investigation by a third-party panel.

Some clerics who received punishment for their abuse have remained working in or transferred to another diocese.

The Catholic Bishops’ Conference of Japan started the investigation in May 2019 on behalf of Pope Francis, who acknowledged the ongoing scandal of Catholic priests’ sexual abuse against minors and subsequent cover-ups worldwide.

The study could not determine the timeline of one case.

All the victims were minors at the time of the alleged abuse.

By gender, the victims were seven males and six females, with the genders of three unknown.

The accused were equally divided among seven Japanese priests and eight religious or other missionaries, with seven being foreign nationals and one Japanese. The nationality of one of the accused is unknown.

In two cases, the accused were suspended and one was forced to resign from the church. Eight were transferred. Punishments in five cases remain unknown.

Five of the alleged perpetrators are still working in the priesthood.