National state of emergency expanded to all of Japan 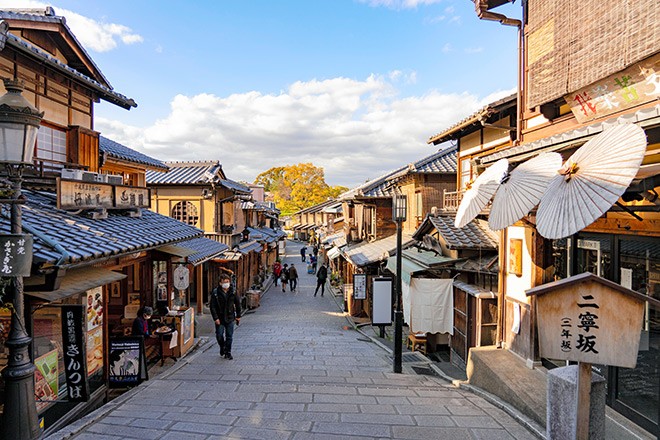 Few people are seen on the streets of Ninenzaka slope, a tourist magnet, in Kyoto’s Higashiyama Ward on April 10. Kyoto Prefecture hopes to be covered by the government-designated state of emergency to combat the new coronavirus. (Takuya Yamazaki)

The central government on April 16 decided to place all of Japan under a state of emergency to stem the spread of the new coronavirus, extending the declaration beyond Tokyo and six prefectures already covered.

Prime Minister Shinzo Abe declared the monthlong state of emergency on April 7 targeting Tokyo, now the center of the outbreak, and the six prefectures of Kanagawa, Saitama, Chiba, Osaka, Hyogo and Fukuoka.

The central government has analyzed the pace of increase in new cases and cases in which the transmission route was unclear since the declaration.

The government believes it is appropriate to place all of Japan under the emergency status as the number of cases continue to rise nationwide.

It also noted that the virus is spreading in prefectures not covered by the state of emergency as those traveling from the seven areas are transmitting the virus there.

If the areas are placed under the central government's state of emergency, their requests to citizens will have legal backing and prefectural governments can expropriate land to build makeshift facilities to treat coronavirus patients.

In normal times, such action may be considered infringing on private rights, but is now permitted following the recent revision of the special measures law.

Aichi Prefecture, whose capital is the bustling Nagoya, urged the government to place it under the state of emergency on April 8, after a surge in new cases.