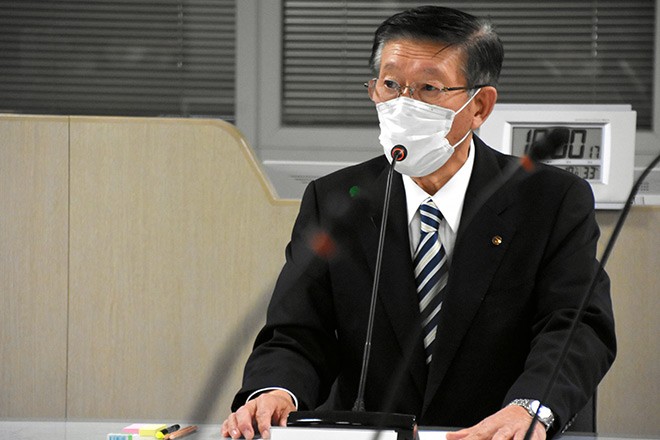 Residents of prefectures with only a few confirmed cases of coronavirus infection were surprised at Prime Minister Shinzo Abe’s April 16 declaration of a state of emergency being expanded to cover the entire nation, while others welcomed the heightened state of alert.

Many people said Abe's April 16 initiative would encourage everyone to be more cautious about not spreading the virus.

The declaration gives prefectural governors the authority to issue requests to residents to refrain from leaving their homes where possible.

Akita Prefecture in northern Japan had 16 confirmed cases as of April 16.

Governor Norihisa Satake said on April 17: “While I want people to avoid coming into contact with others by leaving their homes, in the rural areas of the prefecture there are no people to begin with. I have difficulty in asking residents to remain at home.”

At the same time, Satake praised the expansion of the state of emergency beyond the seven prefectures initially covered by the April 7 declaration. He expressed concerns about infected people traveling to his prefecture and spreading the coronavirus.

With the Golden Week holiday period fast approaching, Satake said one of his objectives would be to discourage college students and relatives living elsewhere from returning to Akita during the long break that starts at the end of this month to be reunited with family members.

Residents of Iwate Prefecture, also in northern Japan, were wondering how its inclusion in the state of emergency would impact their daily lives as the prefecture has yet to confirm a single case of infection.

All publicly run schools in Iwate resumed classes with the start of the new school year this month.

A 35-year-old company employee in the prefectural capital of Morioka whose children attend elementary school and a day care center said, “Both my wife and I work, so one of us may have to take time off if schools and day care centers are closed.”

In Fukushima Prefecture, a second-year senior high school student was heartened by Abe's decision, which had been expected.

All prefectural high schools in Fukushima resumed classes from April 8 as the new school year began.

The student is so concerned about becoming infected by the coronavirus and possibly spreading it to his family that he began a digital petition drive asking that all schools in the prefecture be closed.

He gathered 2,800 or so signatures. While the expansion of the state of emergency came as a relief, the student said, “Closing schools will lead to a reduction in infections.”

Shinji Hirai, the governor of Tottori Prefecture in western Japan, was surprised his prefecture was included in the edict since there has only been one confirmed coronavirus infection.

However, he conceded: “It is a fact that infections are gradually spreading in this region. We cannot simply keep talking about our own specific circumstances.”

Other prefectures not among the seven named in the initial declaration of a state of emergency but where infections have increased recently are now adopting the same steps to curtail the spread of COVID-19.

Kyoto Prefecture was among six prefectures joining the first seven in being given a special designation on April 16 asking that stronger measures be implemented to prevent a further spread of the virus.

With 225 confirmed cases as of April 16, the Kyoto prefectural government decided to call on residents to refrain from leaving their homes and organizers to cancel large events until May 6. It also plans to ask certain businesses to shut down.

Neighboring Shiga Prefecture had 57 confirmed cases and Governor Taizo Mikazuki said he would urge residents to follow the prefecture’s one-fifth rule. That means commuting to work once in five days, while working from home for the rest of the time, as well as cutting the time of company meetings to one-fifth of planned times. The move is designed to reduce contact with other people by 80 percent, a goal set by Abe as one way to stem the spread of the coronavirus.