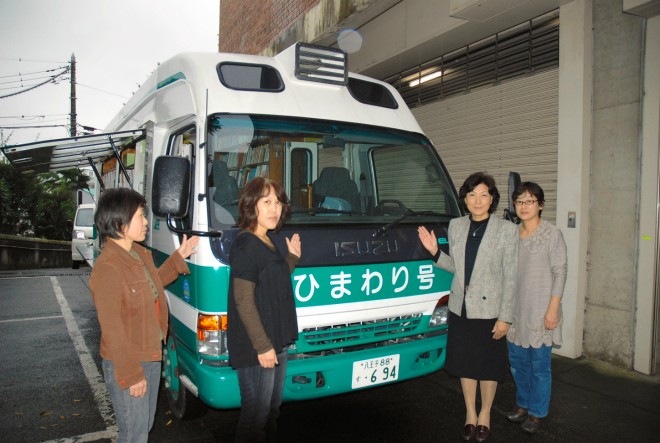 I read an obituary last week for Tsuneo Maekawa, a scholar of library science, who died on April 10 at age 89.

During his distinguished career, Maekawa headed public libraries in Tokyo and Shiga Prefecture.

Wanting to know more about him, I searched his published books and lucked out. His old work, "Ido Toshokan Himawari-go" (Bookmobile Sunflower), had been reprinted recently.

Born in Ishikawa Prefecture, Maekawa worked at a local library before he became a member of the Japan Library Association in 1960.

Back then, most municipal libraries were sorely lacking in vigor.

"I can't feel any pride when I tell people what I do," a veteran librarian once mournfully told Maekawa.

While visiting public libraries in Japan as well as in Britain, he realized British libraries invariably put the interest of local residents first, and that the rooms were always well-lit.

In contrast, Japanese librarians tended to treat the public with condescension, practically telling people what they should read. Also, users were usually expected to stay in the library to read books, not check them out.

Maekawa resolved to change this system, so libraries would be reborn as places where patrons can check out their borrowed books as a matter of course.

For a start, Maekawa converted a microbus into a bookmobile in the western Tokyo city of Hino. He sought citizens' input on the types of books they wanted to read and established a simple checkout procedure.

"A library is not a building," he declared. "It is a social movement to encourage reading."

He served as the city's deputy mayor and was a university professor. But he chose to call himself "library director for life."

"He always stood tall, with his back straight," recalled Junichiro Shimada, 43, president of Natsuha-sha, the publishing company that reprinted Maekawa's book.

Shimada said he could not agree more with Maekawa, who once said, "Anyone would come to hate books if they were forced to read a certain book and write a book review."

The COVID-19 crisis has forced many libraries to close. As someone whose daily life revolves around research, I can never thank librarians enough.

As I anxiously wait for libraries to reopen, I would like to express my deepest gratitude to Maekawa for transforming Japanese libraries into user-friendly establishments.