Rebel director Obayashi goes out with a bang with final film 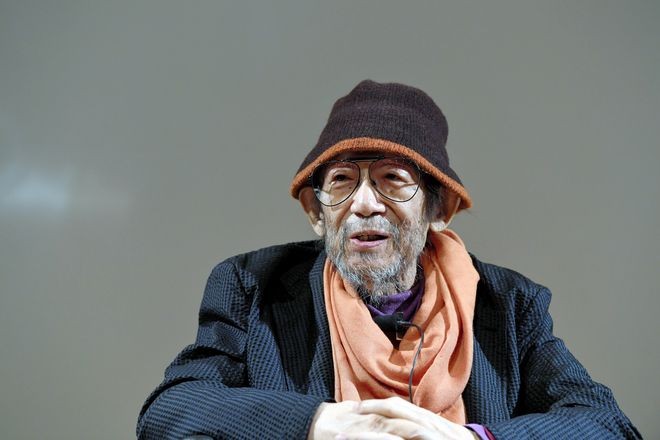 Only a day before starting to shoot his penultimate masterpiece, “Hanagatami,” doctors told acclaimed director Nobuhiko Obayashi he had terminal lung cancer and likely wouldn't live to complete the project.

But the brash elderly man, nicknamed the “cinematic magician,” powered through and not only completed the long-percolating 2017 film based on a script he had written 40 years prior, but made one more that further raised the creative bar.

“Cancer can’t kill me,” he told an interviewer at the time.

Though his body was visibly frail, and his voice was smaller, the passion in Obayashi's words was convincing.

Vintage Obayashi's glibness emerges in his first independently produced films and even shows up in his 1977 commercial debut, "House."

Though the director's focus on telling a story freely buoyed some works, critics blamed it for destroying others. But even Obayashi's failed films have now found a wide audience.

“Usually, a film director’s performance gets worse as he or she gets older, but (in “Labyrinth of Cinema”) Obayashi made his best work,” said Japanese film master Yoji Yamada, known for making the popular “Tora-san” series and other classic films.

Obayashi, known for his lyrical and playful style of film-making, died of lung cancer at his Tokyo home on April 10. He was 82.

The master director's final film, shot in his hometown of Onomichi, Hiroshima Prefecture, revolves around the twin themes of war and movies.

But the three-hour work is also packed with numerous other intriguing ideas close to the director.

The artist, since he was a child, was never short of ideas he wanted to express. His reputation for typically talking for two or three hours during interviews led reporters to develop the habit of not booking anything else on the day if they were assigned an interview with Obayashi.

It is no exaggeration to say that “Labyrinth of Cinema," delayed for its 2020 release due to the coronavirus outbreak, is the climax to Obayashi's long career.

The director originally envisioned the film, which wound up highly praised by Yamada and other contemporaries, as just a light piece of entertainment.

But Obayashi was famed for having difficulty expressing his vision within the confines of mainstream cinema.

His efforts to go beyond conventions are clear in the films he made in the 2010s, such as “The Story of Nagaoka Fireworks."

In his later years, Obayashi, who was 7 when World War II ended, felt driven to pass on memories of Japan's wartime experience to younger generations, warning that the country risks going down the road to war again.

“Why do Japanese forget about that war so easily?” he asked. “It's because they think of it as someone else's business.”

Obayashi argued that “everybody has to think it as their own matter," adding that "films can push them to do so.”

Witnessing the high number of young people who have entered the Japanese film industry, citing Obayashi as their inspiration, his message seems to have gotten through.