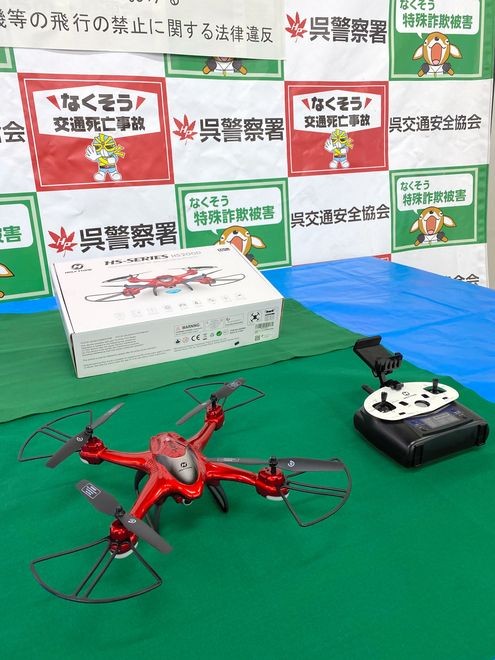 Reports of illegal drone flights are reaching new heights, according to the National Police Agency.

Police reported a record 111 cases of drone flights that flouted the law in 2019, the highest number since regulations were introduced in 2015.

The number of instances where drone operators allegedly violated the Civil Aeronautics Law, including flying unmanned aircraft in restricted zones without permission, rose by 29 year on year.

It is the first time that violations have topped 100 cases.

A total of 115 individuals, the largest number ever, were either arrested or had papers on their cases sent to prosecutors. Of these, only one was apprehended.

The number of individuals alleged to have broken the rules is up by 31 from the previous year.

Non-Japanese accounted for 51 of them, or 44.3 percent. By nationality, they were made up of 19 Chinese and seven Americans, along with people from South Korea, Vietnam, Indonesia, Thailand, Australia and elsewhere.

Asked why they flew the machines, many of the individuals, spanning 54 cases, said they were trying to take tourist photos at sightseeing spots.

Those operating drones for "practice," "business" and "posts on social media sites" accounted for 34, seven and six cases, respectively. Some said they used drones just for pleasure or personal interest.

Restrictions on flying drones weighing 200 grams or more were introduced in 2015 under the Civil Aeronautics Law.

A person must first get the green light from the government to fly drones over crowded areas, airports, airspace of 150 meters or higher, or festivals or other events.

Permission is also needed for flying drones at night, or in places where the drones are out of the operator’s visual line of sight.

It is also needed for flying them within 30 meters of people, buildings, cars or other objects, according to the regulations.

Flying drones after consuming alcohol or drugs, making loud noise and stunt flying by sending a drone into quick dives were all prohibited under an amendment to the law made in June.

A notice by the ministry stipulates that operators must register details of approved flights on its website in advance.