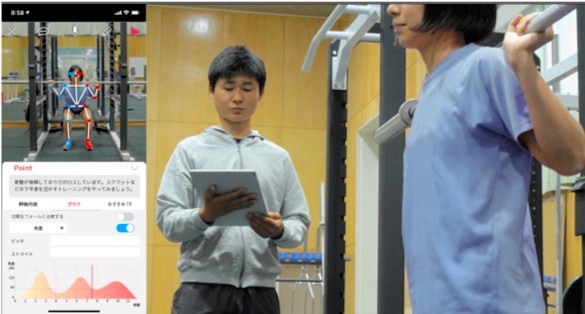 Gyms and fitness clubs are turning to offering online lessons to survive the crushing impact on business from closing temporarily under the nation's state of emergency.

The economic losses are especially hard to swallow as prior to the outbreak, the industry had been in the midst of a fitness boom that fueled a large growth in membership.

But reservations had been almost cut in half since the end of March at the gym, which offers personal professional trainers and dedicated machines to develop specific parts of the body in addition to training lessons for individuals and groups.

JPEC has been temporarily closed since April 8, the day after the central government declared a state of emergency for Tokyo, and Osaka and five other prefectures over the pandemic.

“We made the agonizing decision because those who are physically fit could spread (the virus) without showing any symptoms,” said Yoshitaka Kanemitsu, who heads JPEC.

The state of emergency was extended to the entire nation on April 16.

Buoyed by the recent fitness boom, 533 new fitness clubs opened in Japan in 2018, up more than 10-fold from the 44 recorded in 2000, according to research by Fitness Business magazine.

But due to the outbreak, the outlook for fitness club businesses now appears dire.

“We’re worried some companies, especially small and midsize ones, may run out of money and be forced out of business,” said an official of the Fitness Industry Association of Japan.

Against this backdrop, online training lessons are gaining traction.

Sportip Inc., a start-up from the University of Tsukuba, is developing a method of online training instruction utilizing artificial intelligence.

The company provides fitness clubs with a service where trainers view videos of club members working out to give them advice and the members can compare their form with the correct one.

Sportip said inquiries about its online service had risen about 30 percent since the end of February.

“Providing appropriate instructions face to face is essential to fitness services, but now it’s difficult to do that,” said Sportip CEO Yuya Takaku. “Many gyms seem to be trying to survive by offering more online training lessons during the outbreak.”