Ministry to test growing veggies on cleansed soil in Fukushima 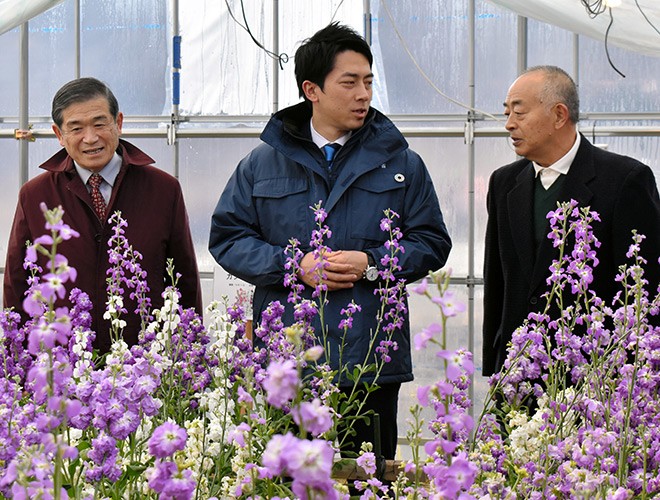 Despite strong public opposition to the proposal, the Environment Ministry will soon start a trial demonstration to confirm the safety of growing food crops in soil decontaminated following the 2011 nuclear accident.

The ministry received nearly 3,000 public comments about its proposal to revise an ordinance to enable the soil to be reused across Japan, most of which opposed the proposal.

Many people are opposed to reusing the soil, saying, “It will spread contamination.”

At a news conference on May 1, Environment Minister Shinjiro Koizumi acknowledged, “I strongly recognize the fact that there are people who are opposing (the reuse of decontaminated soil). We will provide detailed explanations to seek understanding for our willingness to take a step forward even if it’s just a small one.”

The project, to start by the end of May at the earliest, will be conducted in the Nagadoro district in Iitate, Fukushima Prefecture. The district is designated as a “difficult-to-return” zone, where radiation levels remain high since the triple meltdown at the Fukushima No. 1 nuclear power plant following the Great East Japan Earthquake and tsunami.

The ministry is seeking to reuse decontaminated soil for public construction work and farmland development if the radiation level of the soil is below certain standards. In the last fiscal year, which ended in March, flowers and crops used to make solid fuel for biomass power generation were grown on land using the decontaminated soil.

The ministry initially planned to revise a related ordinance in April to enable the soil to be reused, saying it obtained “results that showed the soil was safe enough (to be used for growing crops).”

However, the ministry decided to postpone the revision after hearing requests from local residents who want to grow food crops as well. The ministry must check the safety of the soil once again since such crops will be intended for human consumption. The ministry will grow vegetables including tomatoes and cucumbers during the test project.

In the Nagadoro district, there is a demonstration plot of farmland that spans about 600 square meters in total. The land comprises an 800-cubic-meter embankment of soil whose radiation level is 5,000 becquerels or lower per kilogram, and the embankment is covered with uncontaminated soil that is 50 centimeters thick.

Decontaminated soil is currently stored at interim storage facilities in Okuma and Futaba in Fukushima Prefecture. The law stipulates that the final disposal of the soil should be conducted outside the prefecture within 30 years from 2015, when the facilities began storing the soil.

The total amount of soil stored at such facilities is expected to reach about 14 million cubic meters, equivalent to 11 Tokyo Domes, located in Tokyo's Bunkyo Ward. The ministry is considering reusing the soil to reduce the amount of soil that needs to be disposed of.