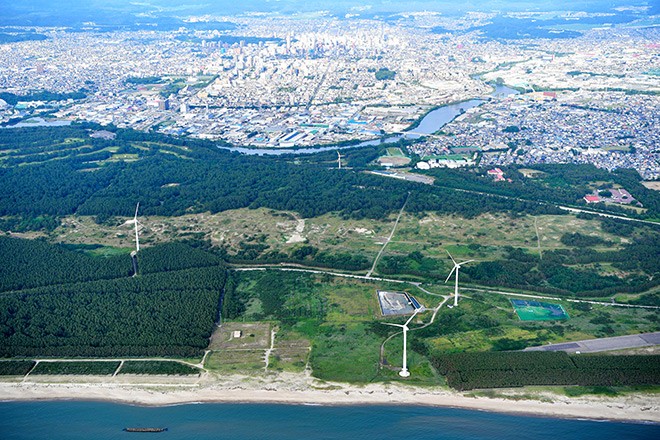 AKITA—The government decided to scrap its plan to deploy a U.S.-made Aegis Ashore missile defense system at a site here after a series of blunders humiliated defense officials and infuriated local residents.

The government concluded it would be difficult to win local consent to set up the system at the Ground Self-Defense Force’s Araya exercise area, sources said.

The deployment plan was intended to provide Japan protection against missiles fired by North Korea.

The plan will be officially terminated after a fresh research project into potential sites concludes at the end of May as scheduled.

The government plans to select a new candidate site, primarily in Akita Prefecture, the sources said.

The government wants the system deployed in the Tohoku region, particularly in Akita Prefecture. With plans still afoot to set up the defense system in Hagi, Yamaguchi Prefecture, having the system at both ends of the main island of Honshu would give all of Japan security against missiles fired from North Korea.

The government is aiming to start operating the system as early as fiscal 2025, but the date could be pushed back if there is a delay in deciding the new deployment site.

The government decided in late 2017, when tensions were growing with North Korea, to introduce the land-based variant of the Aegis defense system against ballistic and cruise missiles.

In its report compiled in May 2019, the Defense Ministry cited the Araya exercise area and the GSDF’s Mutsumi training area in Hagi as suitable sites for the deployment of the defense system.

However, the report contained many errors in data taken around the Araya exercise area.

Moreover, other sloppy research came to light, including using the virtual globe in the Google Earth Pro app in a wrong way to produce a cross-section diagram.

Such blunders sparked a backlash from local residents, and Akita Governor Norihisa Satake expressed reservations about deploying the defense system at the Araya exercise area.

Outside contractors started conducting the fresh research into candidate sites in October at the Araya exercise area as well as 19 government-owned sites in Akita, Aomori and Yamagata prefectures.

Another complaint about the plan in Akita was that the defense system would be close to the civilian population.

Chief Cabinet Secretary Yoshihide Suga instructed the ministry to take into account a “distance from residential areas” when assessing the sites.

Defense Minister Taro Kono said his ministry will start the process of choosing the deployment site from scratch when he met with Satake in late January.

The ministry initially planned to end the current research during the last fiscal year, which ended in March, but the research period was extended twice due to the novel coronavirus outbreak and other factors.

Kono originally planned to visit Akita Prefecture in April to inspect the Araya exercise area, but that trip was also postponed. It would have been his first trip to the prefecture as defense minister.

Mauritius oil slick spreads 10 km from where ship ran aground