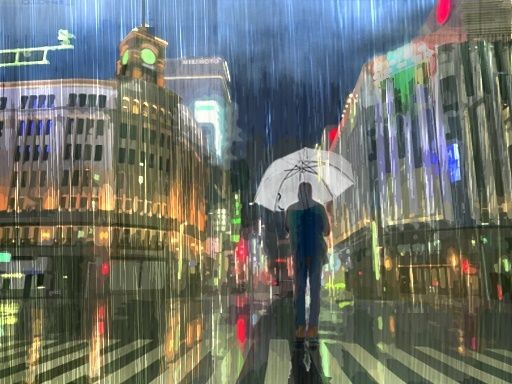 cherry petals
on my doorstep
from no where
--Junko Saeki (Tokyo)

The haikuist felt melancholic “about the way rain drips down wisteria blossoms; the blooms are tapered and point down and it funnels the rain into lines of large drips which persist for a while after the rain has stopped.” Vandana Parashar pondered how to relieve a runny nose in Panchkula, India.

common cold
a tug of war between
herbal tea or rum

Satoru Kanematsu languished indoors. When it is very quiet and very dark outside, Venelina Petkova spins a Five Satins tune recorded in the basement of Saint Bernadette Catholic School in springtime 1956.

“Observing Saint Isidore, the patron saint of farmers according to today’s Catholic calendar, Ali Parasteh, a grade 12 student of theology at Brebeuf High in Toronto, composed a haiku in prayer-like form.”

On May 10, Angela Giordano picked her mother’s favorite flower “despite the fact that she has passed away,” she said. Lee Nash recalled a strong-smelling liniment made from the wood and bark of the camphor tree. Lorraine A. Padden created breathing space for preferred flowers. John Daleiden dressed for tea with a lady during the coronavirus scare in Phoenix, Arizona.

all the dolls
in intensive care--
Grandma’s camphor

culling the garden
what remains
on my shoulder tattoo

her pinky wiggling
in a white-gloved hand--
drinking herbal tea

Content to while away the day inside her condominium in Boucherville, Quebec, Micheline Comtois-Cecyre penned a haiku in French that can be translated as follows.

Amaryllis
flower anew this spring
waits for me

Kanematsu didn’t mind when karaoke and going to live music halls were curtailed, but he dearly hoped that his granddaughter could go out.

Spreading plague--
no concerts, but songs
of spring birds

Charlie Smith was swamped by administrative tasks while bunkered down teaching online from his research office in Raleigh, North Carolina.

Yutaka Kitajima nervously rolled out of bed in the dead of night in Joetsu, Niigata Prefecture.

Fridays for future at http://www.asahi.com/ajw/special/haiku/. The next issue of the Asahi Haikuist Network appears May 29. Readers are invited to send haiku about taking it slow and easy on a postcard to David McMurray at the International University of Kagoshima, Sakanoue 8-34-1, Kagoshima, 891-0197, Japan, or e-mail to mcmurray@fka.att.ne.jp.