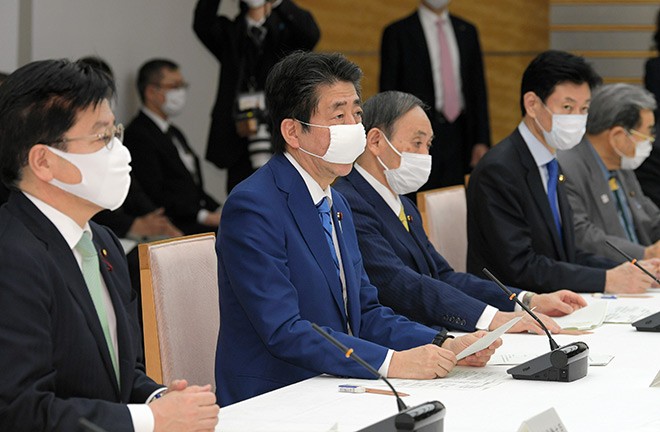 Japanese people are far less confident in their government’s ability to handle the COVID-19 pandemic compared with residents in other countries, according to a recent global survey.

Kekst CNC, a foreign-affiliated consulting company, conducted the survey from April 27 to May 1 on 1,000 people aged 18 and older in each of Japan, the United States, Britain, Germany and Sweden.

According to the results released at an online news conference May 12, Japanese respondents were the most critical of their government’s response despite the nation reporting fewer COVID-19 cases and deaths than in the other countries.

Although the survey results showed public trust in the government has also decreased in the United States and Britain, the ratios were much smaller compared with Japan.

On the other hand, respondents in Germany and Sweden showed a trend of of increasing public confidence in their governments’ efforts to deal with the novel coronavirus.

Jochen Legewie, Kekst CNC’s chairman in Asia, said the Japanese government has not demonstrated decisive leadership during the health crisis, and the public feels that Tokyo has not drawn a clear road map to reopen the country’s economy.

Company researchers also said only 13 percent of respondents believe the Japanese government “is giving business the support it needs.”

In comparison, 65 percent in Britain, 51 percent in Germany, 44 percent in the United States, and 40 percent in Sweden said their governments are providing necessary support to business.

Legewie pointed out some problems in Japan, such as the complicated application procedure for financial support and the long time needed before businesses can receive the money.

Legewie said smaller enterprises play a key role in the Japanese economy, and the government’s financial support “must reach (them) as fast as possible.”

According to the survey, 39 percent of respondents in Japan said they “expect to lose their jobs,” a clear indication of the country’s fragile employment situation, the researchers said.
In the other four countries, the ratios ranged from 11 to 23 percent.

With 13 bases around the world, Kekst CNC provides services to companies related to mergers and acquisitions and strategic support.