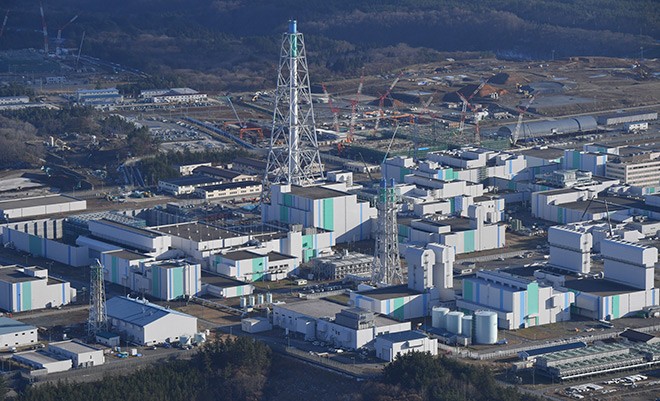 But despite the green light from the Nuclear Regulation Authority (NRA), major hurdles remain before the facility can officially open.

Japan Nuclear Fuel Ltd., hopes to begin operating the facility from the first half of fiscal 2021, but still must pass more detailed safety inspections of equipment used there.

It will also likely face severe limitations on its operations due to insufficient demand for the reprocessed plutonium.

It took more than six years to gain NRA approval for the general direction of the safety measures to be implemented.

One major reason for the delay is that unlike nuclear power plants, the Rokkasho facility will be handling spent nuclear fuel, and the reprocessing will not only extract uranium and plutonium for further use as nuclear fuel, but also create highly radioactive materials, often in the form of liquid waste.

Japan Nuclear Fuel had to explain what measures it intended to implement to prevent radioactive liquid waste from boiling and possibly spewing radioactive materials into the atmosphere.

Six separate buildings that handle parts of the reprocessing will be exposed to radioactive materials.

Moreover, the Rokkasho facility has had a troubled history.

Construction began in 1993, with completion initially projected for 1997. But construction delays and design changes led Japan Nuclear Fuel to delay the completion date a total of 24 times to date. Various problems also arose during trial runs of the facility.

The initial construction cost of about 760 billion yen ($7 billion) has also ballooned to about 2.9 trillion yen.

The additional more detailed safety inspections will also likely cause delays, according to NRA officials, meaning the facility may not be completed in fiscal 2021. No trial runs have been conducted at the facility since May 2013.

And even should the facility begin operations, there is not enough demand for the plutonium-uranium mixed oxide (MOX) fuel burned at normal reactors.

The Rokkasho facility would have the capability to reprocess as much as 800 tons of spent nuclear fuel a year once full-scale operations begin, according to Japan Nuclear Fuel officials. That would allow for the extracting of about seven tons of plutonium.

But currently only four nuclear reactors use MOX fuel and the combined consumption volume is about two tons a year.

While other nuclear reactors plan to use MOX fuel, they must first pass their own safety inspections before resuming operations.

Japan already possesses a total of about 46 tons of plutonium stored both domestically and abroad. Largely due to this, the Japan Atomic Energy Commission in 2018 decided to limit the volume of plutonium reprocessed to the amount that would actually be consumed in nuclear reactors that use MOX fuel.

Numerous nations have raised concerns about Japan's stockpile because it could technically be used to create about 6,000 nuclear bombs.

Meanwhile, officials of the Rokkasho village government welcomed the NRA approval of the reprocessing facility, but admitted that the road ahead for opening it was unlikely to be smooth.

Takeo Mikado, 71, a member of the village assembly who at one time chaired its assembly, said villagers had placed hopes on the reprocessing facility because of the bleak economic prospects for Rokkasho farmers and fishermen.

Rokkasho has a population of about 10,000, half of whom in the labor force work in some form for Japan Nuclear Fuel.

Mikado said he was pleased about the NRA safety approval, but added, “It took too long,” and that he was unsure if operations could begin smoothly.

But not everyone was pleased by the NRA decision. A citizens group made up of residents of Aomori Prefecture and elsewhere submitted a letter of protest to the nuclear agency along with 209 other groups from around Japan.

The letter called for a suspension of the inspection process and insisted there was no good reason to push ahead with the procedure.

After a month of listening to views submitted by the public, the NRA is expected to grant formal approval to the facility in about another month’s time.

A memorandum of understanding signed by the Rokkasho village government, the Aomori prefectural government and Japan Nuclear Fuel is a major obstacle in the way of those who would like to simply cancel the plan to start the reprocessing facility.

The memo states that should it become difficult to proceed with operations at the facility, the spent nuclear fuel stored at Rokkasho would have to be transported elsewhere.

A total of about 2,968 tons of spent nuclear fuel collected from nuclear plants around Japan has been stored at Rokkasho to date. That fuel would have to be sent back to those nuclear plants should reprocessing operations be abandoned.

Nuclear plants do not have the capacity to take back that spent fuel and their operations there would have to be halted if the spent fuel was returned.

(This article was compiled from reports by Yu Kotsubo, Norihiko Kuwabara, Taiji Ito and Yoshinori Hayashi.)