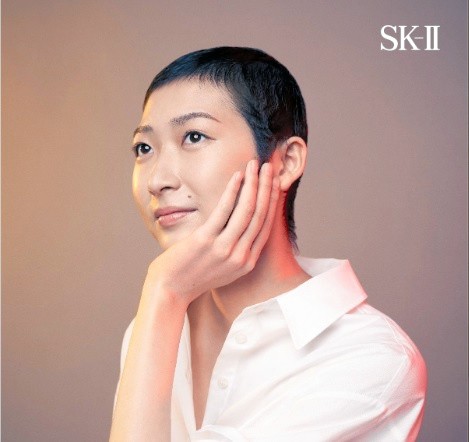 At a time of difficulties during the new coronavirus pandemic, recovering Japanese swimming star Rikako Ikee is offering a message of hope to the world.

Ikee, 19, who underwent a long treatment period for leukemia, posted her first picture without her wig on her Twitter account on May 18.

“I would like people to see just how I am now,” she said in the post. “I will be happy if this inspires as many people as possible.”

The image is part of a project in collaboration with the cosmetic brand SK-II. A video from the project is also posted on her account.

Ikee noted that people around the world have been undergoing anxieties and hardships during the global outbreak.

“I am hoping that this message will provide a little hope to other athletes and people battling adversity,” said Ikee, who competed in the 2016 Rio de Janeiro Olympics.

She announced in February 2019 that she was diagnosed with acute lymphatic leukemia. Ikee was discharged from the hospital in December after 10 months of chemotherapy and other treatments.

Ikee, who holds several Japanese national records in the freestyle and butterfly, has set her sights on competing at the 2024 Summer Olympics in Paris. She returned to the pool in March after a 406-day absence.