VOX POPULI: The late Ritsuko Inami had an ingrained sense of human nature 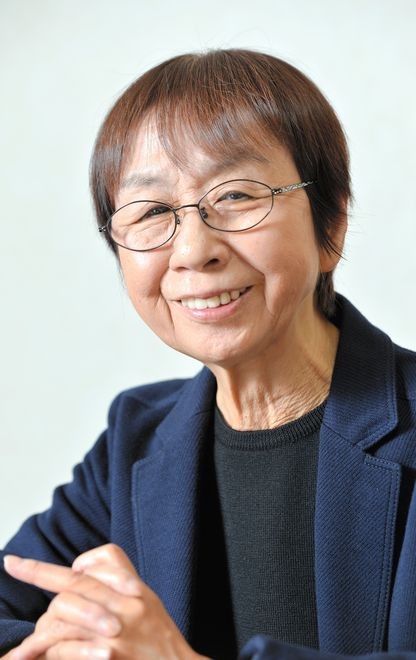 Ritsuko Inami, a scholar of Chinese literature who died last week at age 76, used the Japanese expression "mimidoshima" to characterize her prepubescent self. The word may translate as something like "precociously knowledgeable about sex and other adult stuff, though only superficially."

This owed, Inami explained, to her having seen about 2,000 movies at a theater near her home in Kyoto's Nishinjin district, all before she started junior high school.

Thanks probably to this early "self-education" that nurtured her fertile imagination, Inami was capable of turning famous characters in Chinese history--who would come across as utterly boring in the classroom--into vibrant, flesh-and-blood individuals.

Take Wang Mang (c. 45 BC-23 AD), for instance, a Han dynasty official who seized the throne and founded the Xin dynasty. Inami gave him the sobriquet of "Hadaka no Osama" (literally, the naked king) and dismissed him as a con artist posing as a saintly man of integrity.

As for Wu Sangui (1612-1678), a military leader of the late Ming Dynasty, Inami pegged him as a "love-crazed general" who lost his sanity after his beautiful woman was stolen from him, and betrayed his allies by siding with the enemy Qing army and consequently precipitating the downfall of the Ming Dynasty.

Inami pulled no punches in putting historical characters in their place.

And she gave titles to her works that were definitely provocative and piqued people's curiosity--"Shuchi Nikurin" (Debauchery), "Hakai no Megami" (Goddess of  destruction) and "Chugoku-teki Dai-Kairakushugi" (Great Chinese hedonism), just to mention a few.

She was infatuated with eccentric and outlandish historical characters who lived through their times with abandon. In her vivid depiction of human lust and greed, she could well be likened to a sophisticated dramatist.

Born in Toyama Prefecture, she served as a professor at Kanazawa University and the International Research Center for Japanese Studies in Kyoto.

She is best known for her translation into Japanese of "Romance of the Three Kingdoms" in its entirety. But surprisingly, I understand that her office was festooned with posters of The Band, the Canadian-American rock group of which she was an avid fan and never missed their performance when they came to Japan.

Her unique viewpoint and lucid writing never failed to grab the reader's attention, whether she was discussing a film or music or Chinese classics.

Calling herself an "eccentric, precocious brat," she taught us that the ultimate essence of human nature is manifested in things profane.