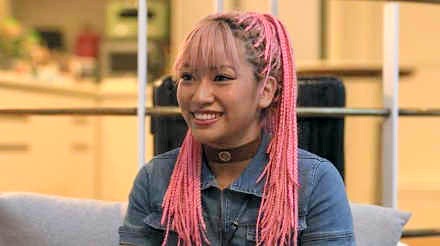 Hana Kimura wanted to be loved. Instead, she became the target of relentless online bullying over an incident on a reality TV show.

Kimura, 22, a professional wrestler who was one of the stars of the Japanese TV series “Terrace House,” died on May 23. Tokyo’s Metropolitan Police Department is treating the death as a suicide.

Apparent suicide notes believed to have been written by the TV star were found at her house.

Kimura also reportedly posted messages on social media saying that she was suffering from an online bullying campaign, a predicament that has increasingly become common among reality TV stars.

“Terrace House” follows the daily lives and romances among six strangers who stay in a house together.

Episodes of the show’s latest series, in which Kimura took part, have been shown through U.S. video streaming service Netflix in about 190 countries and regions since May 2019 before their broadcast on TV.

Kimura gained popularity in both Japan and abroad, and her sudden death was also reported by overseas media, such as the BBC.

Online criticism against Kimura started intensifying in March, after a scene was aired in which she got angry at a male member of the show who mistakenly damaged her favorite wrestling costume.

Posters hiding behind the cloak of anonymity joined the attack against Kimura.

“(I receive) nearly 100 candid opinions every day. I can’t deny I was hurt,” one message said.

“I wanted to be loved. Thank you for all of you who have supported me by my side. I love you. I’m sorry but I’m not strong enough,” another message said.

Fuji Television Network Inc., the producer of the “Terrace House,” and Netflix decided not to air some episodes of the show following Kimura’s death.

Experts pointed out that the nature of reality shows can pose dangers for the stars because they reveal their personalities and use their real names. This makes them easy and vulnerable targets for personal attacks, and such online behavior has become a social problem, they said.

21 SUICIDES IN THE UNITED STATES

In the United States, at least 21 people who appeared in U.S. reality shows reportedly killed themselves between 2004 and 2016.

Psychiatrist Toshihiko Matsumoto said the casts of reality shows are more likely to believe that their true selves are being denied by criticism over their behavior on the shows.

They are also at higher risk of directly receiving critical comments on their social media accounts.

“The more you stand out, the more you will be subject to negative opinions,” Matsumoto said. “Those who are not used to gaining public attention may take attacks by anonymous people as the collective opinion of the public.”

(This article was written by Takumi Ono, Mayumi Mori and Ryo Kiyomiya.)