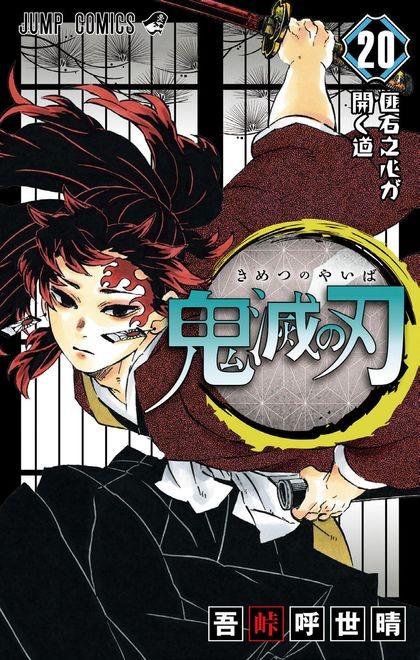 The “Demon Slayer: Kimetsu no Yaiba” manga series ended its run at the height of its popularity.

The final episode appeared in the Weekly Shonen Jump comic anthology published on May 18.

Fans had been locked in a debate over whether the series should conclude with the anticipated climax or continue with a new chapter.

But experts say the unusual decision of the magazine to wrap up a long-running title might be a happy ending for both sides.

A demon slaughters the family of the protagonist, Tanjiro, whose younger sister, Nezuko, is transformed into an oni herself. He fights demons to bring her back to human form.

The title has dominated top positions of a manga chart, and bookstores have been temporarily out of stock of the series. An animated feature film adaptation is also planned for a fall release.

Shonen Jump has appeared reluctant to end manga series when they have become too popular.

“Fist of the North Star” continued in a different setting after the protagonist’s archrival was defeated, while “Dragon Ball” ended with the 42nd volume after a character said in the 17th volume that the story would “continue for a little more.”

After the publishing industry fell into a prolonged slump, an increasing number of popular manga titles started running for long periods of time.

There had been only a small number of comic books spanning more than 50 volumes, such as “Golgo 13.” But in recent years, long-running manga series have been common.

Two other series, “Bleach” at 74 volumes and “Naruto” with 72 volumes, recently ended.

While some manga fans may hope that their favorite titles can continue forever, others are critical about series that “drag on.”

Under these circumstances, “Demon Slayer” concluded with its 205th episode, which is expected to be included in the 23rd volume.

Many online fans have said they will miss the manga. But a number of others shared a different view, saying things like, “I’m glad that it ended in a timely manner” and “I didn’t expect it to end at the height of its boom.”

Hosei Iwashita, 42, a manga researcher and professor at Sagami Women’s University, pointed out: “Many comic books are now available in digital editions while anime titles are streamed online, allowing publishers to expand content offerings after the original works end.”

According to a survey conducted by Shuppan Kagaku Kenkyujo (Research institute of publication science), sales of digital comics surpassed their printed editions for the first time in 2017.

Another major trend in the publishing industry is a surge in spin-off manga titles.

It was announced that another manga artist will produce a “Demon Slayer” spin-off, featuring Kyojuro Rengoku, a popular character who sided with Tanjiro.

“I think it might have been a happy ending for ‘Demon Slayer’ both as a manga work and as a commercial product because it came to a finale without getting caught in a conflict between creativity and commercialism, thanks to the more sophisticated commercialism,” Iwashita said.