Hokkaido emerging as an unexpected hub for esports 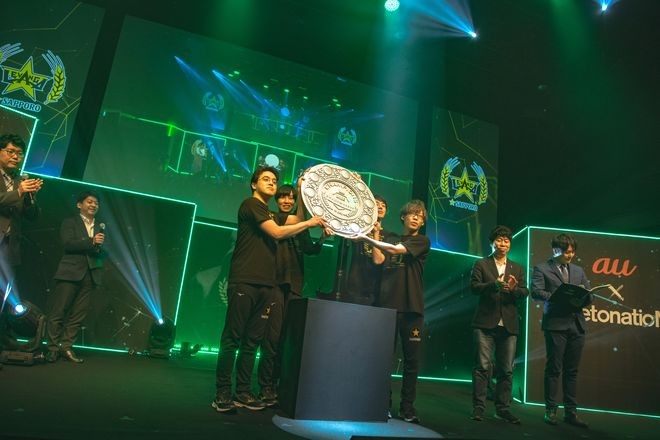 SAPPORO—The northern island of Hokkaido, with its vast outdoors and abundant nature, has become a hub for a sports league where competitors usually sit inside.

Esports, which involve video game competitions, are now recognized collectively as a competitive sport. The popularity of esports is expanding thanks in part to collaborations with traditional sports teams, and video games are increasingly being used to help other segments of society.

Levanga Hokkaido, a professional basketball team that plays in the B1 division of the B.League, set up a professional e-sports team, Levanga Sapporo, in 2018.

Using his experience in managing a sports team, Yokota displayed the names of sponsors on the uniforms of Levanga Sapporo players and cultivated fans through social media.

He said it was possible for the basketball team to enter the gaming industry without devoting additional management resources.

“Esports are no different from real sports. It’s just that the basketball is replaced with the game controller,” Yokota said. “I found no reason not to go ahead and make inroads.”

But now, teams from other major sports have joined the video game league, including the Yokohama F. Marinos soccer team in the J.League and the SoftBank Hawks and Yomiuri Giants baseball clubs.

“With famous teams joining, we have gained public trust and the esports league’s value has also grown,” Yokota said. “The appeal of esports is that a small team from Hokkaido can compete on an equal footing.”

The CEO said the team’s immediate goal is to nurture professional players who are admired by children.

Levanga joined the professional league for “Shadowverse,” a head-to-head collectible card video game, soon after it started in 2018. Levanga became the season’s winner.

Kyoma, 27, who only goes by one name, came across “Shadowverse” when he was a college student.

In January 2018, when Kyoma was still a corporate worker, he won a “Shadowverse” competition and received 1 million yen ($9,200) in prize money.

Around that time, the professional esports league was formed, and Kyoma left his job to join Levanga Sapporo.

When Kyoma told his supervisor that he was leaving the company, his boss said, “What’s a professional gamer anyway?”

Kyoma is a skilled Go player with an amateur 5-dan rank. But he couldn’t fulfill his dream of becoming a professional player of the board game because “there was always someone better.”

He added, “It’s fun to play in the world of win or lose.”

Kyoma and three other professionals play for Levanga Sapporo. They are under contract to receive a monthly salary at least equivalent to the minimum wage set by the league, but they can earn performance-based incentives.

2018 is called the birth year of esports because that was when the Japan esports Union (JeSU) was founded mainly by video game publishers.

But the Japanese market remains small compared with other areas of the world.

According to Kadokawa Game Linkage Inc., the domestic market was worth 4.8 billion yen in 2018 and increased by 27 percent to 6.1 billion yen the following year.

The market is expected to be worth more than 15 billion yen in 2023.

Sponsorships, advertising and other fees make up the majority of the revenue. If esports competitions can attract more fans, accommodation facilities, transportation companies and other businesses can also receive economic benefits.

Some reports say a goal has been set to make the industry worth around 300 billion yen by 2025 in the broad sense.

But the esports industry has also been hit by the novel coronavirus pandemic, with a number of events canceled as a result.

However, many experts say the national “stay home” campaign has helped raise the profile of esports.

Many professional athletes, including Japanese tennis player Kei Nishikori, have been featured in news reports and social media posts showing off their skills in online games.

But it will ultimately be up to industry players to attract and retain new fans and appeal to a wider audience.

Esports covers many genres of video games, including card games, fighting and sports.

Each title has loyal fans, although that can be both an advantage and disadvantage for esports.

“With (gaming) titles segmentalized, there was a tendency for fans to become too inner-directed,” Toshiya Yamagami, 50, president of Unified Inc., said.

The company runs an esports facility in Sapporo and nurtures players at its professional schools in the prefecture.

But it is also difficult to explore potential needs and expand the fanbase, he added.

So, Yamagami turned his attention to senior citizens.

Unified organizes video game events for elderly people that “rejuvenate the brain” because the player is required to make complex judgments.

The Yakumo National Hospital in Yakumo, also in Hokkaido, has adopted esports as part of its rehabilitation program for muscular dystrophy patients, providing them with gaming consoles with improved maneuverability.

Eiichi Tanaka, an occupational therapist, said one benefit of esports is that patients can play against other online players outside the hospital and establish contact with society.

“They can’t win in the real world, but they can win in video games,” he said. “They say they were ‘saved’ by the games.”

In April, an organization called the Universal E-Sports Network was founded in Sapporo to help disabled people play esports.

Levanga has deepened its collaboration with other companies from different industries including education and health care, as well as the Sapporo city government and other administrative entities.

“We want to generate communication through video games. I think we can inspire those who have been left out (from the benefits of esports),” Yokota said.