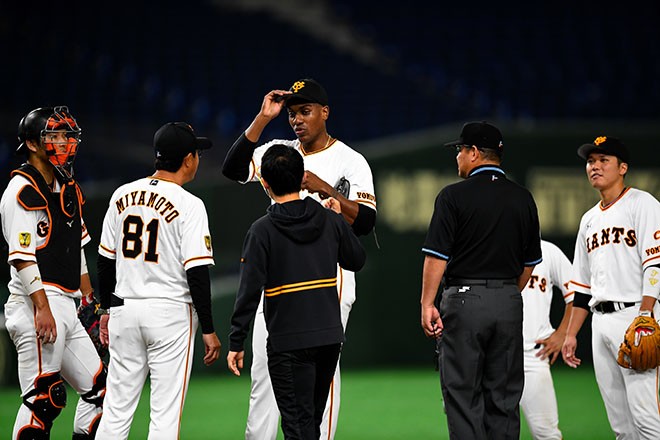 Two players for the popular professional baseball team the Yomiuri Giants tested positive for COVID-19, it was announced June 3.

The test results for infielder Hayato Sakamoto, 31, and catcher Takumi Oshiro, 27, led the Giants to abruptly cancel a scheduled practice game at the Tokyo Dome on June 3 with the Seibu Lions.

Team officials said the two players were likely infected some time ago because testing also found antibodies in their systems, which indicates they are recovering from the novel coronavirus.

The cancellation comes just a day after practice games resumed in preparation for a delayed start to the regular season on June 19.

Both Sakamoto and Oshiro were in the starting lineup for the game against the Lions.

To reduce the risk of infection from long-distance travel, the Nippon Professional Baseball leagues are holding the practice games among six teams each in western and eastern Japan.

The NPB decided on the start of the regular season on May 25, after the state of emergency for the coronavirus pandemic was lifted for the last five prefectures in Japan.