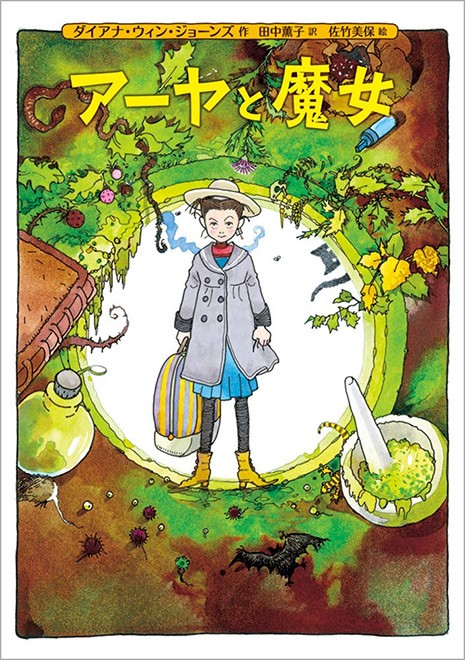 The CG film, titled “Aya to Majo” (Aya and the witch), was produced by Studio Ghibli Inc. and directed by Miyazaki’s eldest son, Goro, NHK said.

It is an adaptation of “Earwig and the Witch,” a children’s novel by British novelist Diana Wynne Jones.

One of Wynne Jones' novels was made into the animated film “Howl’s Moving Castle,” directed by Hayao Miyazaki.

A Japanese version of the “Earwig and the Witch,” which tells the story of a girl who is adopted by a wicked witch, was published by Tokuma Shoten Publishing Co. The protagonist's name was switched from Earwig to Aya in that version.

Hayao Miyazaki liked the novel and planned a production of an animation film of the story.

Studio Ghibli producer Toshio Suzuki said he wondered at one point if the film would be appropriate in the time of the novel coronavirus pandemic.

“What the world will be like in the post-coronavirus era? That’s one of the biggest questions many people have right now,” Suzuki said in a statement released on June 3.

“(Producers of) films and TV programs can’t ignore that. Is ‘Aya’ a work that can meet the audience’s demand in the post-pandemic world?”

But the producer said he came to think the film was relevant.

“I realized that one of the biggest features of this work is Aya’s intelligence. If you’re smart, you can survive in any era. Thinking of it that way made me lose any apprehension over it," he said.