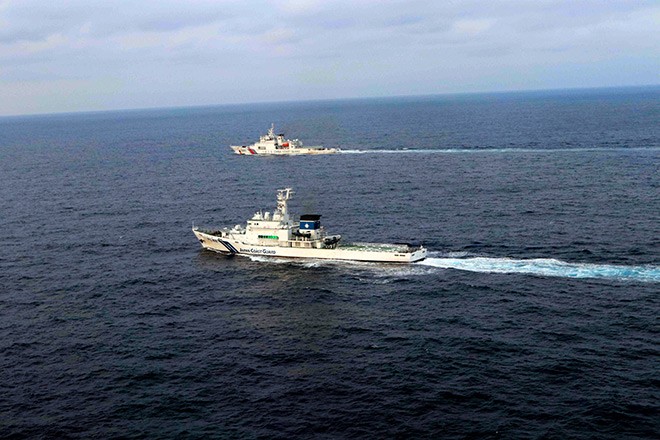 The resolution from the LDP’s Policy Research Council submitted to Chief Cabinet Secretary Yoshihide Suga cited repeated intrusions into Japanese territorial waters between May 8 and 10 by Chinese government vessels.

It likened China's behavior to “maritime stalking acts” as the ships approached and tailed Japanese fishing boats in waters near the Senkaku Islands off the coast of Okinawa Prefecture.

The resolution said the actions by the Chinese vessels and intrusions in territorial waters “could never be forgiven” at a time when the world had to work as one to defeat the novel coronavirus pandemic.

In a meeting with Suga, Yasuhide Nakayama, director of the Foreign Affairs Division of the Policy Research Council, urged the government to carefully reconsider a planned state visit to Japan this autumn by Chinese President Xi Jinping.