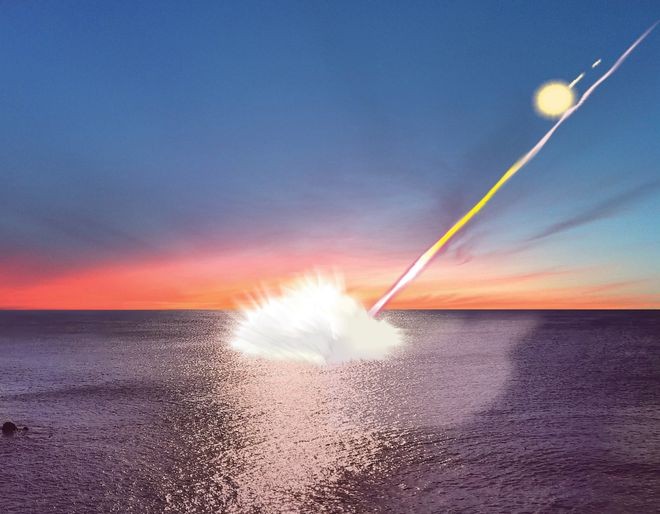 A simulation of how substances essential for living creatures were formed on Earth reinforces the theory that life started after meteorites rained down on the planet.

Living organisms are said to have emerged on Earth 4 billion years ago. A large number of meteorites are believed to have bombarded the planet 200 million years before and after the birth of life.

“Materials needed for the start of life may have been generated over long periods, offering a chance for life to appear,” said Yoshihiro Furukawa, an associate professor of geochemistry at Tohoku University.

Furukawa and his colleagues primarily from the university put carbon dioxide, nitrogen, water and iron in a container to reproduce conditions of primordial times. The vessel was then struck with a piece of metal to simulate the impact from a meteorite.

The metal fragment moved at a speed of 3,600 kph.
The scientists discovered that amino acids, which are vital to life, were produced through chemical reactions in the impact under high-temperature, high-pressure conditions.

Although the generation of amino acids has been reported in another meteorite collision simulation, ammonia and other substances that hardly existed on Earth around the period were used in the experiment.

The latest survey is the first of its kind, according to the researchers, because two kinds of amino acids--glycine and alanine--were engineered from the common substances.

The findings were published in the British scientific journal Scientific Reports on June 8 at (https://www.nature.com/articles/s41598-020-66112-8).