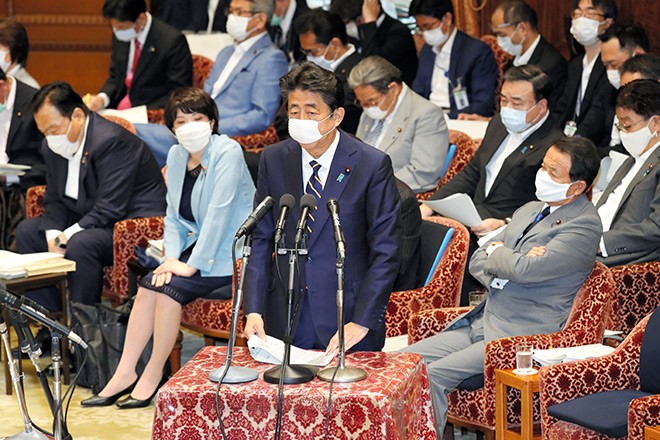 Japan has approached the United States about issuing a joint statement of Group of Seven foreign ministers that urges China to maintain its “one country, two systems,” policy for the semi-autonomous region.

Foreign Minister Toshimitsu Motegi said at a June 9 news conference that Japan will “send a proper message” in tandem with other G-7 countries. The United States is this year's G-7 host nation.

But it is possible that the G-7 effort will not include member nation Italy, due to the assistance China has provided the country to fight the COVID-19 pandemic.

“It is important for (Hong Kong) to maintain a free and open system and develop democratically and securely,” Abe said during a Lower House budget committee meeting.

“Hong Kong is an important partner (of Japan's), and we have maintained close economic relations and exchanges of personnel and ideas.”