Study: Nearly extinct bird in Ogasawara is a distinct species 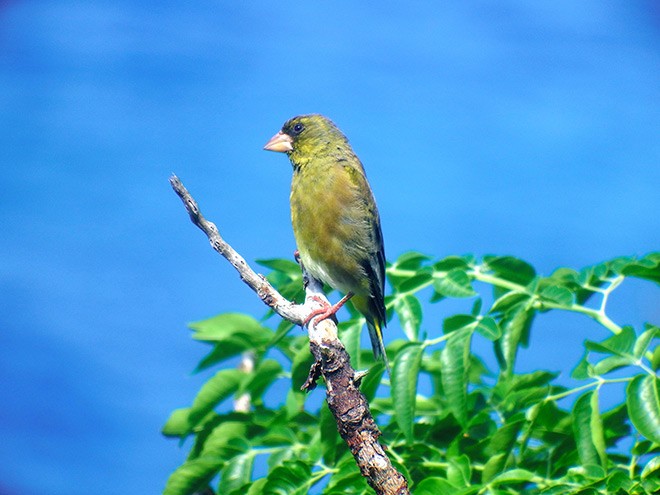 An endangered bird listed as a subspecies of the Oriental greenfinch is actually a distinct species found only on the Ogasawara island chain south of Tokyo, researchers said.

The Ogasawara greenfinch has been placed under the “Endangered Class IA” category, meaning the bird faces an extremely high risk of extinction in the wild in the near future.

It has long been considered by the Environment Ministry as a subspecies of the Oriental greenfinch, which are present on Japan’s mainland and elsewhere.

However, Takema Saito, a researcher at the Yamashina Institute for Ornithology, and scientists from such establishments as the Forestry and Forest Products Research Institute conducted a taxonomic study on the Ogasawara greenfinch.

The results showed that the bird diverged 1.06 million years ago from another subspecies and that it has a smaller body and a larger bill than those of the Oriental greenfinch.

The team concluded that the Ogasawara greenfinch should be treated as a distinctive species in need of heightened preservation efforts.

“It has turned out that it is far from the Oriental greenfinch on Japan’s mainland from the perspective of not only their habitats but also genetic arrangement,” Saito said. “That raises the urgency of protecting it.”

The findings are also expected to help trace the evolution processes of various animals on the island chain.

The Ogasawara greenfinch is sometimes described as “the first bird that may die out in the Reiwa Era (2019-present),” given its rapidly decreasing population.

The birds are fully covered with olive green feathers and mainly consume tree seeds. They used to inhabit a wide area of the island chain, 1,000 kilometers off the central part of Tokyo.

The population started to plunge after black and brown rats carried onto the region aboard vessels preyed on the birds’ eggs.

Fewer than 400 Ogasawara greenfinches now live on Minami-Iwoto island as well as islets around Hahajima island in the chain, according to estimates.

“Protection measures should be taken as soon as possible,” said Kazuto Kawakami, chief researcher at the Forestry and Forest Products Research Institute, who is a member of the research team.

Kawakami and others discussed how to protect the species at a conference of the Ornithological Society of Japan in September.

Other species in the Endangered Class IA category include the white stork, the Japanese crested ibis and the Okinawa rail.

The team’s findings were published in the English journal of the Zoological Society of Japan at (https://doi.org/10.2108/zs190111).