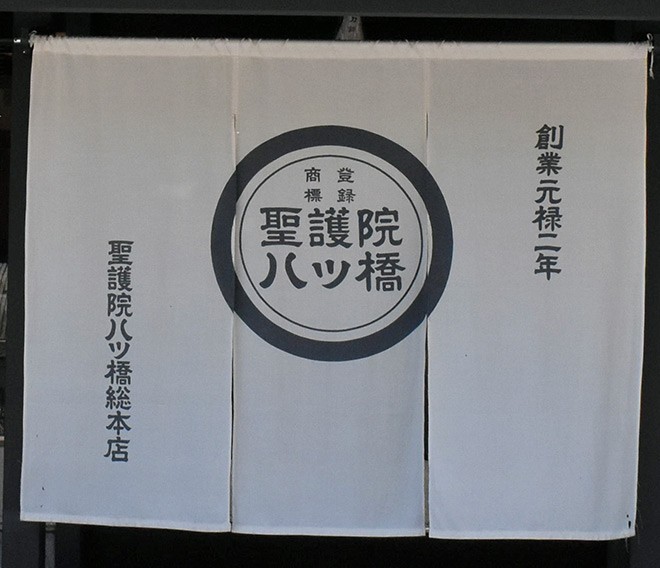 KYOTO--A longstanding feud between two traditional sweets makers here over the year one was founded was finally settled in court on June 10.

Presiding Judge Gunichi Kurushima, 59, rejected the complaint by a Kyoto confectionery founded in 1805, that its rival had unjustly claimed to have been founded in 1689.

Both produce "yatsuhashi," a Japanese confectionery made from glutinous rice flour and sugar, that comes in baked and unbaked versions.

In the plaintiff's eyes, Shogoin Yatsuhashi Sohonten was attempting to gain an edge by unjustifiably claiming to have started its business earlier, to lend its goods more authenticity.

The sweet, which is sold everywhere at the city's tourist gift shops, has become a souvenir synonymous with Kyoto.

Kurushima in his ruling said Shogoin’s descriptive labeling regarding its founding year could not be “considered a mislabeling that misidentifies the product’s quality and influences consumers’ decisions.”

Izutsuyatsuhashihonpo has for years complained over Shogoin’s use of phrases such as “Since 1689” or “Founded in Genroku 2,” referring to the Japanese traditional era name, on its store curtains and advertising displays.

The sweets maker argued in court that Shogoin “has told an origin story that is not based on solid evidence and is different from tradition.” It sought to stop Shogoin from using such labels and demanded 6 million yen ($56,000) in damages.

But the judge concluded that Shogoin’s 1689 labeling “merely leads to recognition that the company was established during the Edo Period and supposedly began producing and selling sweets.”

The date alone does not imply the product’s “high quality” and does not “hurt the credibility of yatsuhashi itself” as the plaintiff had argued, Kurushima said.

Sahe Tsuda, 96, a group owner of Izutsuyatsuhashihonpo, was not happy about the ruling.

“For shops with a long history and tradition like ours, the origin date is very important because it warrants authenticity and trustworthiness,” Tsuda said at a news conference in Kyoto.

“Such a concept may not be covered by a legal regulation."

Yasuhiro Orita, a lawyer representing the plaintiff, agreed, saying, the dispute over the date was “to some extent, comprehensible only to the people of Kyoto.”

“Every industry in Kyoto values tradition, not just for sweets,” Orita added.

Shogoin was elated over the court's ruling.

“The court fully accepted our arguments and made a proper judgment," said Shogoin President Katsuhisa Suzuka in a statement issued by the company.

"We will step up our efforts so that customers feel comfortable purchasing our products.”

The exact origin of yatsuhashi sweets is unknown, with a number of stories in circulation that explain how they came into existence.

(This article was written by Koshin Mukai and Daisuke Mukai.)