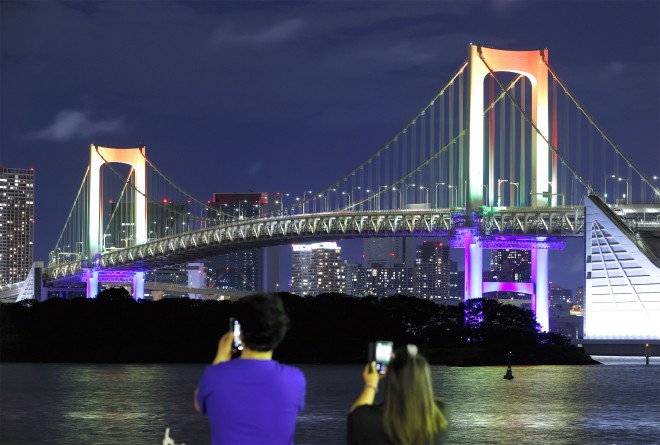 Tokyo’s landmark Rainbow Bridge is lit up in rainbow colors on June 11 after the “Tokyo alert” calling for increased vigilance was lifted earlier that day. (Ryo Ikeda)

The number of confirmed new COVID-19 cases continued to rise in Tokyo on June 14, with 47 new infections reported that day, according to Tokyo Governor Yuriko Koike.

Of the 47, 18 were detected at an establishment in the red-light district in Shinjuku Ward where an outbreak of cases had been recently reported. Seven cases were linked to the outbreak that occurred at Musashino Central Hospital in Koganei on the outskirts of Tokyo.

The metropolitan government lifted its “Tokyo alert” calling for increased vigilance against the virus on June 11, saying the situation had stabilized.

But on June 14, the metropolis marked the fourth day in a row of more than 20 new cases confirmed.