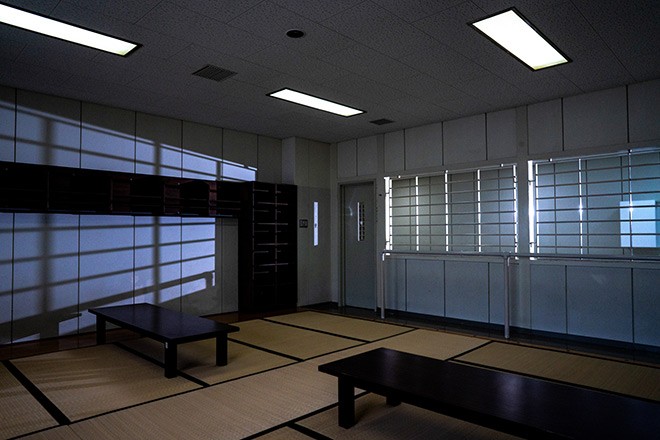 An expert panel tapped by the government to study prolonged detainment of foreigners who refuse to leave Japan is recommending criminal penalties and a new system to carry out deportation orders.

The panel, set up by the Ministry of Justice’s Immigration Services Agency, drafted its highly anticipated recommendations on June 15.

The recommendations, light on details, were met with criticism from advocates of detainees, who among other things expressed disappointment that the panel dismissed calls to set up an independent judicial review system for detainments.

Under the current system, the deportation process for a foreign national stops when they apply for refugee status.

To prevent a foreign national from applying for refugee status repeatedly to stall their deportation, the panel is recommending the agency add new requirements for foreigners to be recognized as refugees.

For foreign nationals detained at immigration facilities longer than a set period, the panel recommends that the agency set up a new screening system and take measures to prevent detainees from fleeing. Detainees may then be allowed to live outside an immigration control facility, the panel said.

The panel, led by Kiyoshi Yasutomi, a professor emeritus at Keio University, said it hopes the changes encourage foreigners to follow deportation orders.

The recommendations will be delivered to the justice minister in July.

The agency is expected to discuss the recommendations with a future revision of the Immigration Control Law in mind.

Lawyers and advocates for detained foreign nationals slammed the panel’s recommendations for failing to address fundamental problems with the system.

They are “one-sided regulations,” one lawyer said.

In 2019, 1,054 foreign nationals who illegally overstayed their visas were detained at immigration facilities, according to statistics from the Immigration Services Agency.

About 40 percent, or 462 people, were detained for longer than six months.

That number increased each year since 2013, hitting a record high of 681 in 2018 before it dropped the following year.

Immigration authorities attribute the trend to the fact that some applied for refugee status repeatedly and filed suit asking the justice minister to grant special residence status.

The agency has been strict in applying standards for provisional release, which allows a detainee to live outside an immigration facility for a set period.

“A person with a criminal record is likely to commit a crime again,” an agency official explained.

Protests have mounted against that kind of treatment nationwide.

A Nigerian national in his 40s at Omura Immigration Center in Nagasaki Prefecture went on a hunger strike and died in June 2019 from starvation.

The public outrage prompted the agency to set up the panel of experts in October, made up of immigration scholars and lawyers.

The panel has held 10 meetings in six months to draft the recommendations, which are full of ambiguities.

The recommendations for criminal punishment include “various things like imprisonment and fines,” an agency representative said. “We will discuss that later.”

“We will plan a system properly,” the agency representative said.

But the recommendations do not clarify what exactly the new standards for refugee status and provisional release would be.

Lawyers who have supported foreign nationals and detainees have urged the agency to let a court rule on detainment cases and set time limits for them.

But the panel's proposals do not mention these requests.

The panel rejected establishing a judicial review system to examine whether it is necessary to keep a person detained because it would “be a major problem.”

At a news conference responding to the panel’s proposals, a group of immigration lawyers pointed out that the suggestion for criminal punishment may be applied to foreign nationals who were born and raised in Japan if they are older than 14.

The group suggested under the proposed regulations anyone supporting that person could be treated as an accomplice, including lawyers and volunteers.

They raised concerns that the panel did not spend time discussing costs to public defenders or imprisonment.

Lawyer Shoichi Ibusuki was skeptical about the proposed new system.

“It is highly likely that the agency itself ends up becoming the judge,” he said.

“I don’t think the agency that has granted a prolonged detainment can properly make an independent judgment on its necessity. I wonder if anything will change after all.”

(This article was written by Wataru Netsu and Chihiro Ara.)

Photo 2
A group of lawyers speak about recommendations drafted by the immigration agency’s panel on June 15. (Rei Kishitsu)