VOX POPULI: ‘Mottainai Grandma’ a reminder for us not to be wasteful 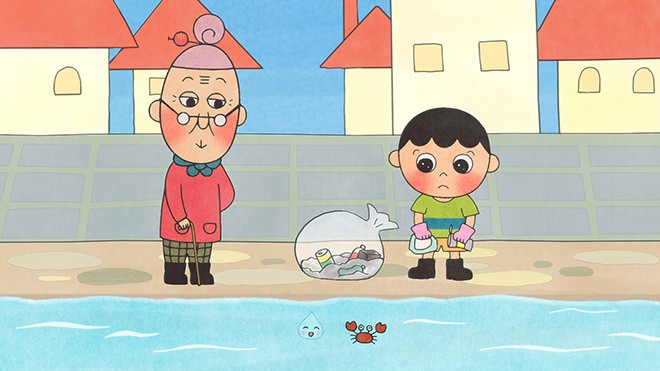 “Mottainai Grandma,” an educational anime adapted from a children’s picture book, has been streaming on YouTube for free since earlier this month.

Produced by Kodansha Ltd. and the Environment Ministry, a new episode is added to the series each week.

In the English-language version, the Japanese expression “mottainai” stands out in a rather refreshing way.

The original book series, written and illustrated by Mariko Shinju under the title of “Mottainai Baasan,” debuted in 2004.

The content was based on Shinju’s exchanges with her son, who was 4 years old at the time.

When he left some food on his plate, Shinju chided him, “Mottainai.” The boy asked, “What do you mean by mottainai?”

This inspired Shinju to create the picture book featuring an elderly woman.

Shinju met with Maathai every time she visited Japan. In the course of their deepening dialogue, Maathai expressed her admiration for the mottainai mentality, pointing out its underlying spirit of “love.”

In the picture book series, Baasan (Grandma) travels freely in Heaven, Hell and Magic World, pleading against all forms of wastefulness--from leaving grains of rice on the plate to abusing the planet Earth.

Her message, Shinju said, is that “all lives are interconnected and each one is precious.”

After my interview with Shinju, it occurred to me that the COVID-19 crisis has revealed the fragility of our society that relies heavily on long-distance mass transportation of people and goods every day.

As we try to regain a more realistic and sensible way of life, the mottainai spirit should serve as a most valuable guideline.

In the third episode of “Mottainai Grandma” released on June 19, Baasan is clad in her usual “kappogi” traditional Japanese coverall apron.

The anime series is currently in Japanese and English, but Chinese, Hindi and other versions will become available next month.

It won’t be long before Mottainai Baasan takes off big time around the globe, like Doraemon and Pikachu.