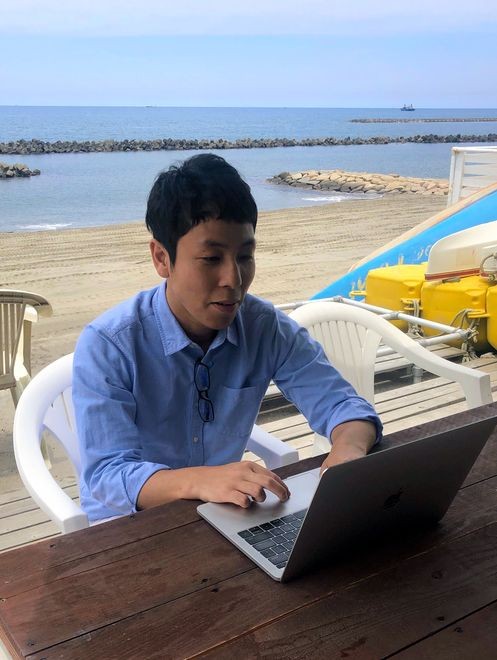 With teleworking transforming lives in Japan, many people are now starting to consider the unthinkable: Quitting life in the big cities and moving to the countryside, where homes are bigger, and still make a decent living.

Of course, an internet connection is everything.

In the case of IT consultant Shohei Fujiwara, teleworking has been a revelation. It gradually dawned on him that there was more to life than living in a cramped and expensive apartment in central Tokyo just to be close to the office.

Fujiwara, 36, rents a two-bedroom apartment in Tokyo’s Shinagawa Ward with his wife Rina, 37, and their 5-month-old son.

Forced to work from home since April due to the novel coronavirus pandemic, Fujiwara thought, there is more to life than living in a tiny apartment and paying such a large chunk of his monthly salary for the privilege.

With teleworking likely to continue for the foreseeable future, Fujiwara talked the situation over with his wife, and they agreed to look for a rural area “with rich natural surroundings” where trains are not jam-packed as in Tokyo.

The Fujiwaras are now considering moving to coastal Odawara in Kanagawa Prefecture or Atami, also a coastal town in Shizuoka Prefecture. The fact that Shinkansen high-speed trains stop in both places made the idea more attractive.

Their first priority is to find the ideal education environment for their son. They also plan to try teleworking at each candidate site.

The Fujiwaras are among a surging number of urban dwellers suddenly gripped by the idea of moving to greener pastures and striking a healthier life/work balance.

Others view the trend as an opportunity to alleviate declining populations in rural areas. To cash in on the growing interest, municipalities, migration support groups and businesses are coming up with all sorts of enticements to encourage urban residents to make the life-altering move, such as online tours.

Hinako Seki, 22, now working for an accounting office based in Fuchu, western Tokyo, had already set her heart on moving to the countryside before she graduated from college this past spring.

Born and raised in the capital, Seki has visited Amami-Oshima island in Kagoshima Prefecture--the hometown of her parents--numerous times. The close ties she experienced among residents left a lasting impression.

The pandemic has dramatically altered her way of life. Seki now rarely ventures out and increasingly relies on the internet for shopping. For relaxation, she holds drinking parties with friends online.

Seki had intended to take college classes after graduation to obtain her teacher’s license. But now she does those lessons from home. It made her realize she can live anywhere, so long as internet access is available.

“I may be able to lead a more rewarding life in a rural area,” Seki said after much soul-searching.

The web page opened in 2018, and its monthly number of newly registered users topped a record 1,000 in May this year.

Yoko Kaji, a Kayac Living representative, said her firm had done nothing special that would otherwise explain the rapid increase.

“We did not run ads," Kaji said. "The interest appears to be simply homegrown as consumers seriously begin weighing the options of moving to the countryside.”

For Shuta Shibuya, president of software developer Fuller Inc. in Kashiwa, Chiba Prefecture, outside Tokyo, moving to a rural environment was a no-brainer. He simply relocated to his home prefecture of Niigata in early June.

Of Fuller’s 100 employees, 80 work at its headquarters in Chiba Prefecture. The remaining 20 are based at the Niigata office. The main office was set up close to the capital because of the company's numerous meetings with partner firms in the Tokyo metropolitan area.

Since most of those gatherings have been organized by video conference since April, all the company's employees switched to teleworking.

Shibuya, 31, decided “it wouldn't matter where I live.”

Now, he only goes to the Chiba headquarters when he needs to talk with someone in person.

Shibuya described Niigata as "a good place where the food is great and things are cheaper and more comfortable.” Taking in the local scenery and watching the sea always makes him feel refreshed.

"I'm feeling better and better every day,” he said.

A survey by job information provider Gakujo Co. from April 24 through May 1 found that 36 percent of those responding in their 20s hoped to change their job and move to a rural area. The figure is up 14 percentage points from a February survey.

While most cited reasons like “wanting to return to my hometown” and “realizing the risks of working in an urban zone,” many also said the recent shift to teleworking made them “aware that I can work anywhere.”

As more people lean toward returning to rural regions, municipalities and other entities are using the internet to promote their appeal.

Nakano city in Nagano Prefecture in May started offering online tours via the video-conferencing tool Zoom.

Municipal officials use it to show off their childcare facilities, schools and unoccupied homes. Based on participants’ requests, those who have already relocated can also appear in the session to offer help to people who are thinking of making the move.

Hiroshi Nagai, who joined the tour to observe a grape farm and other facilities, moved to Nakano in early June from Aichi Prefecture in central Japan.

Katsutoshi Izutani, 46, head of Loconect, a local revitalization group in Suo-Oshima, Yamaguchi Prefecture, organized an online fair in late May aimed at those thinking of quitting city life.

More than 170 people participated to seek advice from 138 groups in 38 prefectures.

“The number of migrants is bound to increase as people question their work and lifestyle situation in an urban setting,” said Izutani, who also serves as an adviser for the internal affairs ministry’s local revitalization policy.

Kayac Living in March started its online Zoom migrant tour. It held a “migration fair” on June 26-27 to promote 73 regions.

“If people are allowed to continue to work from home while living in rural regions in the context of work style reform, that may give those still hesitating (to migrate) the supportive push they need,” said Kazuo Kasami, vice secretary-general of the center.