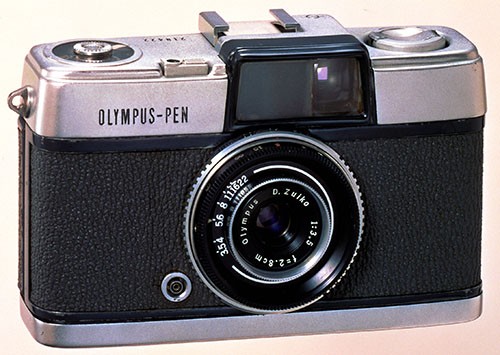 After 80 years, Olympus will be out of the picture, announcing on June 24 that it will sell its camera division to investment fund Japan Industrial Partners Inc. (JIP).

The camera maker had drawn a legion of fans to its OM-D and PEN mirrorless digital camera series. However, the company's camera business performance slumped with the popularity of cellphones and other mobile devices.

Olympus will sell the division, which has more than a 80-year history, and concentrate on other divisions that are expected to grow, such as its medical equipment business.

The company aims to reach a final agreement by the end of September and to finalize the sale of its camera division within this year. The sales price has not been decided.

Olympus said it will continue offering a maintenance service for its cameras. It also will retain the brand name “Olympus” for the time being.

JIP is a domestic fund that helps companies spin off their businesses and recently invested in Sony Corp.’s computer business and Hitachi Kokusai Electric Inc.

Olympus will continue to develop products under the JIP umbrella. Its camera division currently has 4,270 employees around the world.

Olympus entered the camera market before World War II. Over the years, it has produced the PEN-F, a small, lightweight, half-frame single-lens camera, the waterproof AF-1 compact camera and other cameras, touting the world’s first technologies.

The company's technologies have also been applied to developing endoscopes and microscopes for medical purposes.

In 2011, Olympus fell into a financial crisis after it came to light that the company had hidden huge financial losses. After that, it focused on its medical equipment business, with the division today producing 80 percent of the company's total sales.

At the same time, the camera division scaled back the business of smaller and less expensive digital cameras to improve profitability. The division also closed factories in China and concentrated them in Vietnam.

However, the camera division had posted an operating loss for three successive fiscal years until March 2020, prompting Olympus to decide to sell it off.

The digital camera market has been shrinking. According to the Camera & Imaging Products Association, the market’s shipment value in 2019 was 587.1 billion yen ($5.5 billion).

In the last 10 years, it shrank to one-third its previous level. Smartphones, with dramatically improved photographic capabilities, have been taking away a large share of the consumer imaging market.

Ricoh Co. downsized its line of cameras in 2017 and Casio Computer Co. withdrew from the compact digital camera market in 2018.

Canon Inc. and Nikon Corp., which have strong followings among single-lens reflex camera users, have tried to strike back by introducing high-cost professional-level cameras aimed at highly skilled photographers.

However, the COVID-19 pandemic has hurt the bottom line of these camera makers.

Nikon reported an operating deficit in its camera business in the year that ended in March 2020.