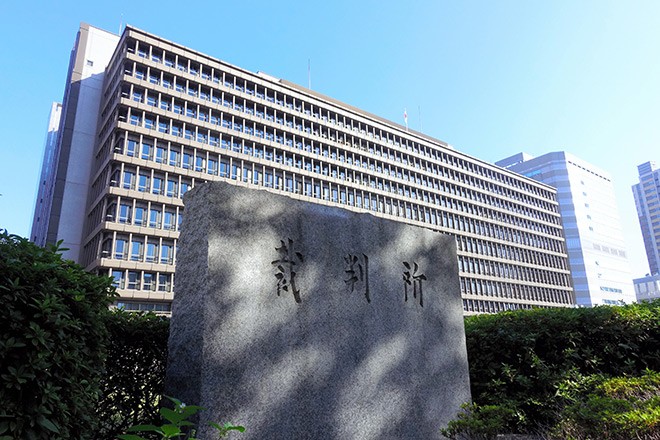 “It is clear that an illegal act had occurred through the intentional withholding” of the records, the Osaka District Court said in its ruling on June 25.

Hiroshi Kamiwaki, a law professor at Kobe Gakuin University, had sought 11 million yen ($103,000) in compensation for psychological anguish caused by the government’s refusal to disclose information about the sale of state-owned land to the Moritomo Gakuen educational institution.

The court ordered the central government to pay Kamiwaki 330,000 yen, saying it lowered the compensation amount because the plaintiff had already received the documents he sought.

The lawsuit was watched more for the court’s take on the government’s actions than for the compensation amount.

According to the ruling, Kamiwaki submitted an information disclosure request in March 2017 for documents and emails that Kinki Local Finance Bureau officials created during negotiations with Moritomo Gakuen over the sale of state-owned land in Toyonaka, Osaka Prefecture.

Moritomo Gakuen was given a sharp discount on the land, and it planned to operate a private elementary school on the site.

The former head of Moritomo Gakuen often boasted of his close ties to first lady Akie Abe, who had been named an honorary principal of the planned school.

Opposition party lawmakers had long insisted that the relationship was the reason behind the huge discount given.

However, the Finance Ministry’s bureau did not immediately release the information to Kamiwaki, saying the documents did not exist.

In June 2017, Kamiwaki filed a lawsuit seeking disclosure of the documents. In April 2019, central government officials somehow found the previously nonexistent documents and provided them to Kamiwaki.

The law professor then changed the contents of his lawsuit to one seeking compensation.

The ruling confirmed that central government officials had destroyed records of contact between bureau officials and Moritomo Gakuen to “minimize any materials that might be used in questioning during Diet deliberations.”

The ruling described that motive as “extremely inappropriate because it went against the principle of sovereignty residing with the people.”

Opposition lawmakers have also demanded the Finance Ministry turn over records of the land deal, but high-ranking ministry officials in Tokyo insisted the documents had been discarded.

The court also noted that the initial non-disclosure was illegal in nature because bureau officials were well aware that documents of the land-deal negotiations had been kept beyond the legally established deadline.

Two separate rulings last year related to public information over the land negotiations also concluded that the central government’s failure to disclose the documents was illegal.

But the latest ruling went a step further and concluded that the central government intentionally withheld the information.

In contrast, the Osaka High Court ruling on a lawsuit filed by a Toyonaka city assembly member said only that the central government “had vaguely went about not disclosing” the documents.

In the ruling for a separate lawsuit filed by Kamiwaki, the Osaka District Court did not go as far as to say the central government intentionally withheld the documents.