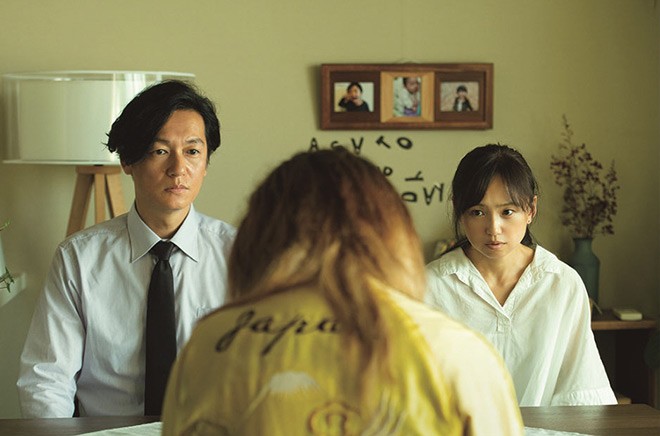 The first mystery by Cannes regular Naomi Kawase, a re-edited TV drama series by Koji Fukada and Studio Ghibli Inc.'s adaptation of "Earwig and the Witch" have been named to the Cannes Film Festival's 2020 Official Selection.

The prestigious festival held in the southern French city was canceled due to the spread of the novel coronavirus pandemic.

The festival's secretariat instead selected 56 Official Selection titles, which can be shown with the "Cannes 2020" label when they are released in cinemas and elsewhere.

A total of 2,067 films had been submitted to the festival.

Kawase's "True Mothers" is a story about a couple who adopts a boy, and his biological mother who had no choice but to abandon him because she gave birth to the child when she was a junior high school student.

The film, based on a novel by Mizuki Tsujimura titled "Asa ga Kuru," stars Hiromi Nagasaku and Arata Iura.

It is the eighth time for Kawase to have her film selected by Cannes, starting with "Moe no Suzaku," which won the Camera d'Or award in 1997.

"The director's impressionistic, sensuous style is on full display here in her inserts of the wind and other snapshots of the landscape in which her characters are embedded," a selection member commented.

Fukada's "The Real Thing" is a feature film adaptation of Nagoya Broadcasting Network Co.'s late-night TV drama series that aired in the Tokai region and elsewhere last year. The nearly four-hour epic is based on a manga by Mochiru Hoshisato.

It may be unusual for a late-night drama series aired in a local region to be acknowledged by Cannes. But Fukada is known in Europe after his 2016 film "Harmonium" won awards at Cannes and other festivals.

"Undoubtedly one of Fukada's best to date ... and one of this year's most moving works," the selection committee said.

"Earwig and the Witch," Studio Ghibli's first full 3D-CG animation film, is based on a children’s book by British novelist Diana Wynne Jones. The animation house is also popular in Europe.

The project took off after legendary anime director Hayao Miyazaki became fond of the original novel. Miyazaki was involved in the development of the project, with his son Goro serving as director.

The film will be aired by Japan Broadcasting Corp. (NHK) this winter.