For Those Getting Married, a Searchable Domestic Violence Database 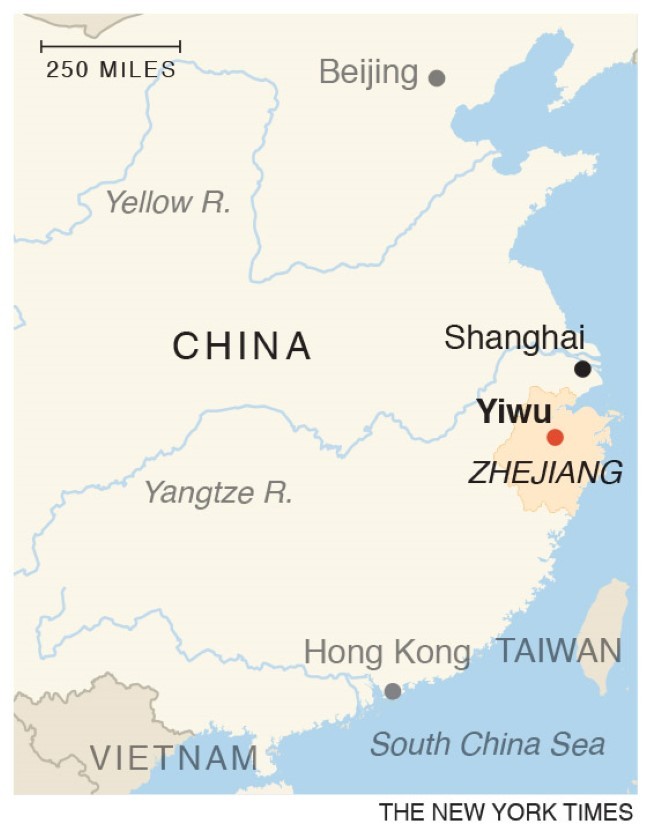 A city in eastern China is building a database that would allow people getting married to check if their prospective partner has a history of domestic violence.

A city in eastern China is preparing to roll out a database that would allow people getting married to check if their prospective partners have a history of domestic violence, in what is being called a first for the country.

The government of Yiwu, in eastern Zhejiang province, said on Wednesday that the searchable database would include information on convicted abusers across China as well as those subjected to restraining orders or detention since 2017. It would include people charged with domestic violence against their partners, older people and siblings.

The database of domestic abuse records, which the state-backed All China Women’s Federation said was the first in China, would be updated in real time and debut on July 1.

“In many cases, the parties involved only know about domestic violence after marriage. By establishing an inquiry database, partners can know beforehand and consider whether to marry,” Zhou Danying, vice chairman of the Yiwu Women’s Federation, one of the government bodies involved in the program, told The Paper, a Shanghai-based news website. “The purpose is to prevent and reduce the likelihood of domestic violence.”

China, like other countries, has long grappled with domestic violence, and the coronavirus pandemic has exacerbated the problem. With millions placed under lockdown, the police say they have seen a rise in cases of men abusing their partners, according to the news website Sixth Tone.

Across the United States, doctors and activists say they have seen signs of an increase in violence at home as cities and towns have imposed limits on movement and lockdowns. More accounts of people lashing out, particularly at women and children, have rolled in, according to domestic abuse hotlines and law enforcement agencies.

The Chicago Police Department, for example, said that domestic-violence-related calls increased 12 percent during a period from the start of the year through mid-April, compared with the same period in 2019. In other cities like Los Angeles and New York, police have reported a drop in calls, but authorities have said they believed that victims were in such close quarters with their abusers that they were unable to contact the police.

In April, the United Nations called for urgent action to combat the worldwide surge in domestic violence — what some experts call “intimate terrorism” — amid the pandemic. “I urge all governments to put women’s safety first as they respond to the pandemic,” Secretary-General António Guterres wrote on Twitter.

Although China introduced an anti-domestic violence law in 2016, women say that restraining orders, which are mandated by the law, are rarely put into effect.

A survey conducted by the All-China Women’s Federation in 2011 showed that about 1 in 4 women had suffered beatings or verbal abuse or had their freedoms restricted by their partners. Women have reported that police often dismiss their accounts of domestic violence as a private matter and tell couples to simply work things out.

On social media, many Chinese endorsed the Yiwu government’s new database. Lei Ming, a counselor, called for it to be rolled out nationwide.

“For any future marriages or blind dates, please show proof of a zero record of domestic violence,” he wrote on the social media platform Weibo.

Han Jin, a law lecturer at Harbin Engineering University, called the database groundbreaking, saying it gives a person the “right to know” and the “right to choose.”

But Han said that there were two loopholes that could hinder its effectiveness: It is unclear whether the Yiwu government is able to get information on people who are not from the city. Both parties would also have to agree to provide their personal information for a background check.

“If one party is unwilling to provide such information, then it might not be possible to submit an application,” he said in an interview. “But the rejection of that party would also be a wake-up call. If that person is not willing to let you check on that information, do they have something to hide?”

The Yiwu government said the database would allow users to make two searches for abuse records each year, and they would have to provide identification and personal information about the people they plan to marry.

Gong Junting, the director of the city’s marriage registration center, said the system was meant only as a “reference” to “minimize domestic violence,” according to Shanghai Daily.

“It is up to the applicant to make the final decision on whether to marry the person.”