Splash Mountain may also get revamp at Tokyo Disneyland 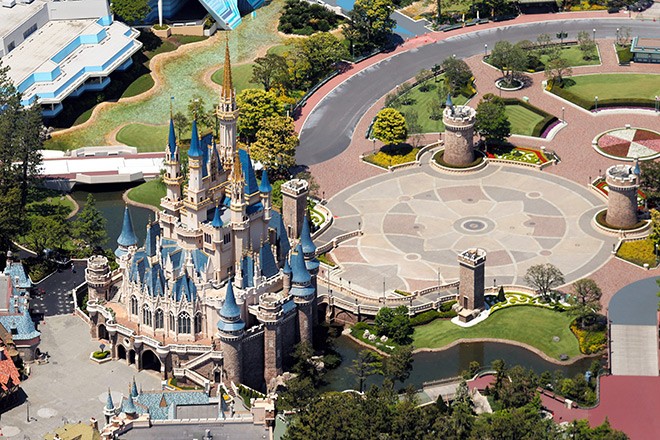 Tokyo Disneyland plans to reopen its gates on July 1 following an extended closure due to the novel coronavirus pandemic. (Asahi Shimbun file photo)

Splash Mountain, a mainstay ride at Tokyo Disneyland since 1992, faces an uncertain future due to concerns about its links to a U.S. movie many now deem racist.

Oriental Land Co., operator of Tokyo Disneyland, said June 26 discussions were still under way on whether to change the popular attraction following a decision by Disney in the United States to change the theme of the ride at two of its amusement parks there.

The log flume ride is themed on the 1946 movie “Song of the South,” now viewed by critics as based on racial stereotypes that are unacceptable in the modern age, particularly in light of the Black Lives Matter protests now rocking the United States and elsewhere.

An Oriental Land representative said the company was aware of the proposed change for the U.S. amusement parks, adding that at this point, only consideration was being given about what to do with the ride at the Tokyo park.

Some online users in Japan griped that they would be disappointed if the ride was changed.

“I never considered the ride to be discriminatory,” one person said.

The movie depicts the friendship between the African-American protagonist and a white boy.

Konomi Ara, professor emeritus at the Tokyo University of Foreign Studies who is steeped in African-American literature, said it was understandable that a backlash had arisen in the United States.

“The movie does not depict the many African-Americans who were treated harshly and it is dangerous to only emphasize the friendly interaction between the two,” Ara said.

The issue should not end with only a change in the ride, she added.

“It is a fact that slavery existed in the United States, but the point is what can be learned from that,” Ara said.