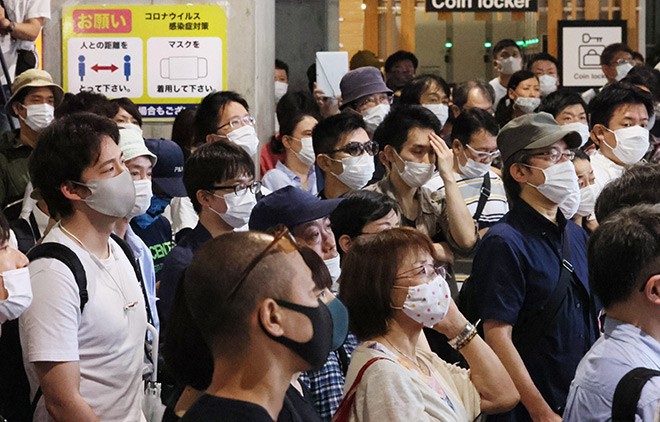 Tokyo residents in masks listen to a speech by a candidate campaigning in the Tokyo gubernatorial election in Tokyo’s Shinjuku Ward on June 28. (Tsubasa Setoguchi)

Sixty new infections were confirmed in Tokyo on June 28, the most cases since the state of emergency was lifted for the capital about a month ago, according to health officials and other sources.

This is the first time the number of new cases in a single day topped 60 in Tokyo in nearly two months.

The last time it surpassed 60 was on May 4, when 87 infections were reported. The state of emergency for Tokyo was lifted on May 25 after seven weeks.

However, new cases over the past several days have been on the rise.