By SAMEER YASIR and JEFFREY GETTLEMAN/ © 2020 The New York Times 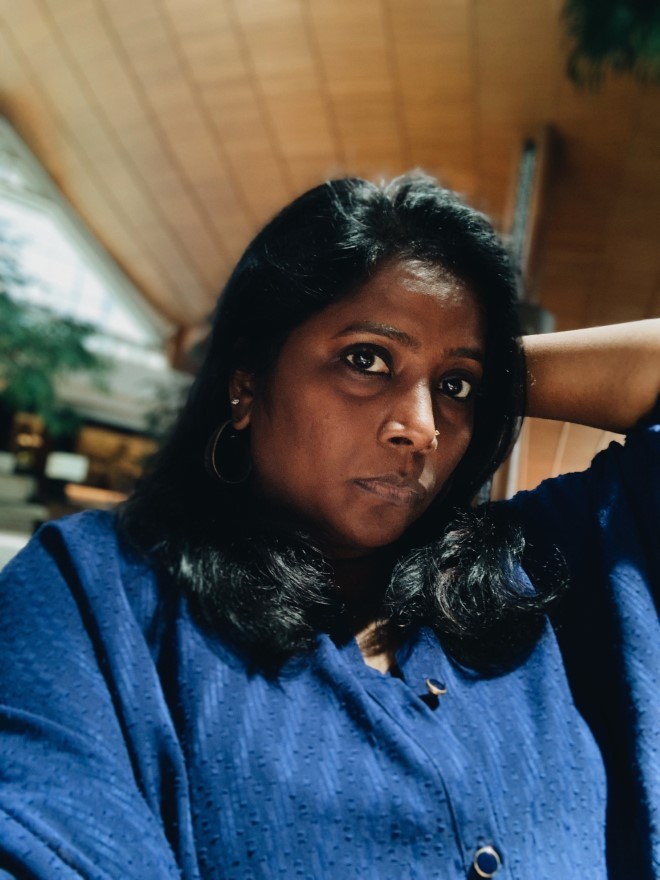 An image provided by Christy Jennifer. Jennifer, who was teased as a child for her skin color, praised an Indian matchmaking site’s decision to remove a skin-tone filter amid objections from users as Indians grapple with the societal discrimination of skin tone. (© 2020 Christy Jennifer via The New York Times)

NEW DELHI — Throughout the years she was growing up in southern India, Christy Jennifer, a producer with a media house in the city of Chennai, was traumatized by episodes of prejudice.

As she walked through school corridors, classmates pointed at her darker skin and teased her, she said. Even friends and family members told her never to wear black. She said she was constantly advised on which skin lightening cream to use, as if the remedy to this deep-seated social bias lay in a plastic bottle.

“Every day, my dignity and self-esteem were reduced to the color of my skin,” she said. “I felt a worthless piece of flesh.”

Colorism, the bias against people of darker skin tones, has vexed India for a long time. It is partly a product of colonial prejudices, and it has been exacerbated by caste, regional differences and Bollywood, the nation’s film industry, which has long promoted lighter-skinned heroes.

But America’s intense discussion of race, in the wake of George Floyd’s death, seems to be having some effect.

This past week, Unilever and other major international consumer brands, facing accusations that they were promoting racist attitudes, said they would remove labels such as “fair” “white” and “light” from their products, including the skin-lightening creams that are wildly popular in India.

At the same time, a big Indian matchmaking website, Shaadi.com, decided to remove a filter that allowed people to select partners based on skin tone after facing a backlash from users that began in North America.

Jennifer and several other Indians said these were moves in the right direction.

“This is a fantastic news — a steppingstone toward ending colorism,” Jennifer said. “Now young people won’t feel ashamed of how they look while growing up with dark-tone skin.”

For centuries, discrimination over skin tones has been a feature of Indian society. Some historians say it was greatly intensified by colonialism and a practice by the British rulers of favoring light-skinned Indians for government jobs.

Preferences for light-toned skin over dark — when it comes to marriages and some jobs — are still upending the lives of hundreds of thousands of Indians.

In some families, daughters-in-law with darker skin are called derogatory names, sometimes branded with the same words used for thieves. Students with dark-toned skin are more frequently bullied in schools.

Such attitudes have spawned a huge demand in India for whiteners and bleaching products. Shop shelves are crammed with creams, oils, soaps and serums promising to lighten skin, and some are manufactured by the world’s biggest cosmetic companies. The king of the market is Unilever’s Fair & Lovely cream, a fixture in many Indian households for decades.

But even before this past week, the culture had been changing.

Earlier this year, India’s government proposed a law that would make it illegal to market products that make false health claims, including those that promise to lighten skin.

Kavitha Emmanuel, the director of Women of Worth, an organization in Chennai, started a campaign in 2019 called “Dark Is Beautiful.” Many young men and women, she said, have complained to her that their skin tone is an impediment to social mobility.

She welcomed the moves by Unilever and Shaadi.com, but said India was still slow in confronting such discrimination.

“While movements like Black Lives Matter have had a profound impact in the West, in South Asian countries it is still a long-drawn battle,” she said. Emmanuel said that skin-tone biases had the greatest effect on marriage and social issues but that in some fields, including entertainment, hospitality and modeling, “the qualification goes without saying that you need to be fair-skinned, particularly for women.”

Other commentators, though, insisted that colorism in India is different from racism in the West.“The preference for lighter skin is largely aesthetic and does not have structural economic or power consequences,” said Dipankar Gupta, a well-known sociologist.“It is not as if a policeman would routinely harass darker-skinned people,” Gupta added. “Indians can recognize class and status through a number of markers, but skin color is not one of them.”

Still, across India, there is great social pressure for people to seek light-skinned spouses.

Mohinder Verma, a businessman, defended placing an ad in a newspaper in which he sought for his son a “tall, good-looking” bride with “fair skin” who has a university degree but prefers to be a stay-at-home wife.

Verma, 72, said parents in India felt pressure within their social circles to find brides for their sons who look “gori,” or fair, although he agreed that “this thinking needs to change.”

“It’s somehow ingrained in our minds,” said Verma, who lives in the northern Indian state of Punjab. “When you have a dark-skinned daughter-in-law, people talk behind your back. They ask what wrong had we committed in our previous life.”

A 2017 study of 1,992 Indians found that more than half said they were influenced by TV advertisements to appear lighter-skinned.

“Indian preference for lighter skins is a reflection of the successful branding of white skin as superior,” said Deepa Narayan, a commentator on gender issues in India. Narayan, who recently published a book on how women are treated in India, said Bollywood had contributed to these prejudices.“Every heroine and now heroes, too, are whitewashed,” she said. “And the villains are dark.”

Social scientists say that there is no direct relationship between caste and skin color, but that this perception might have been perpetuated by a long history of lower-caste people being relegated to menial jobs, often performed under the sun, that made their skin darker.

The debate over skin color bias flared into the open after a few women of Indian descent started a petition drive against Shaadi.com, the matchmaking service, which claims to have delivered “millions of happy stories.”

Meghan Nagpal, who lives in Vancouver, British Columbia, said that four days after the killing of Floyd in Minneapolis, she visited Shaadi.com and was struck by the filter that categorized prospects based on skin tone.

She flagged the issue with the website but got no response. She then posted about it on Facebook, which led Hetal Lakhani, a Dallas resident, to open an online petition, which quickly garnered more than 1,500 signatures. The company then removed the filter.

Nagpal said that when she was younger, she used skin-lightening products.

“It was like buying jeans of size 8 when you want 10,” said Nagpal, 28, a graduate student who was born in Canada. “You are never comfortable with it.”

Jennifer, the media producer in Chennai, has spent her adult life struggling with concepts of beauty and the role of skin color.

When she lived in Tirunelveli, in southern India, people gave her unsolicited advice all the time on how to look lighter-skinned. She then moved to Chennai, one of India’s biggest cities, and met a man on a dating website who, she said, was a little lighter skinned than she is. They chatted online for months, and she eventually traveled to meet him in person.

They went to dinner, they talked future plans, they shared laughs, and a warmth grew between them, she said.

But the next day, right before she headed home, the man turned to her and asked: “Can you do something about your dark skin?”

“A family wants their daughter-in-law to be fair-skinned, even if their son might not be?” she said. “I would rather die than marry someone who judges me by my looks.”