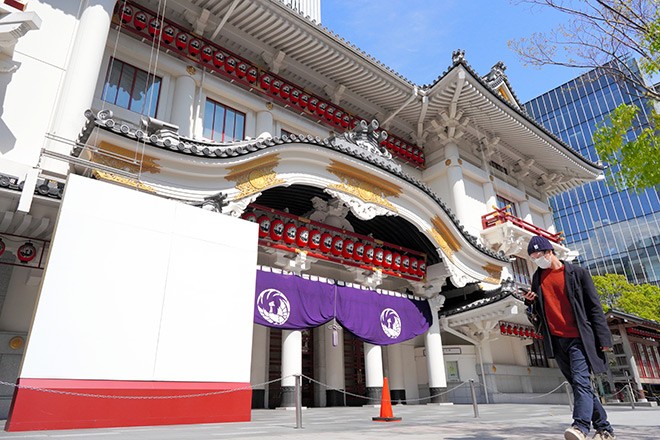 The Kabukiza theater in Tokyo has canceled all stage performances since March. (Asahi Shimbun file photo)

The theater in the capital's Ginza district canceled all performances from March.

Mainly young and mid-career Kabuki actors, such as Kataoka Ainosuke, Nakamura Kankuro, Ichikawa Sarunosuke and Matsumoto Koshiro, will perform in the program.

All the actors and staff will be replaced after each performance as a measure against COVID-19 infection.

The front, back, right and left seats of each seated occupant will remain empty, and two or more seats will stay empty along the “hanamichi” elevated platform.

Audiences, used to shouting out the stage family names of actors and words like “Waiting for you,” will be asked to refrain from doing so.

The doors to the theater will be opened before and after each program for ventilation.

Among plays canceled by the Kabukiza theater was “Sangatsu Daikabuki” (March Kabuki Program), which was scheduled for its first performance on March 2.

The Kabuki play to celebrate the succession to the name of Ichikawa Danjuro XIII, Hakuen, was also scheduled to be held between May and July.